Today, Motorola just floored users with an unprecedented offer: if you bought a phone from Motorola that launched in 2011, most of you will receive an upgrade to Jelly Bean. If, however, you're using a phone that Motorola decides will have a degraded experience, you will receive $100 in credit towards an upgrade. This may mark the first time that a manufacturer has broadly promised compensation for a lack of updates for all of its devices. 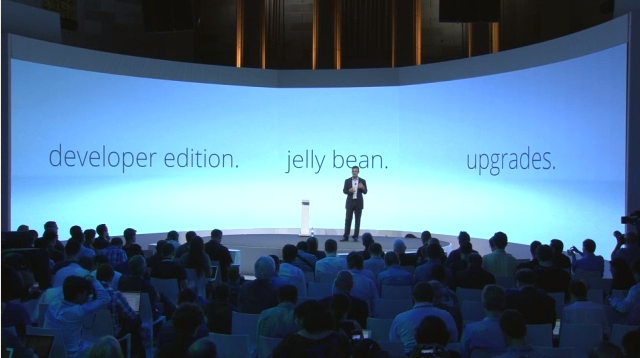 Your eyes aren't deceiving you, though. Yes, there's a third promise on that screen. Motorola is promising "developer editions" of their phones to allow users to "enable modifications of the Android code." This doesn't exactly sound promising for average consumers who want to avoid locked bootloaders, but we'll see how Motorola implements the program. If consumers can buy subsidized developer editions of handsets alongside regular versions, it may be a distinction without a difference.

Update: It looks like the $100 credit would only apply to users who are upgrading to select Motorola units, including the devices announced today. So, no, you couldn't get $100 from Motorola to go spend on a Galaxy S III. This is unsurprising, but also just mildly disappointing. What if I wanted to get the previous RAZR MAXX, Moto? ...Haha, just kidding. The worse news is that you'll have to trade in your old phone to get the credit. So, it's less of a generous consolation prize and more of a trade-in program. Which may or may not actually get you what your phone is worth. For more info, head to the sign up page here.