Speaking to Pocket-Lint at today's unveiling of the RAZR M and RAZR HD, Motorola has reportedly confirmed that the RAZR M will be announced in the UK with an Intel chip, ousting the Qualcomm S4 found in the US Verizon version. Pocket-lint says the device will also get a "name change," but that just may be referring to the dropping of the DROID branding.

What we've seen of Intel phones so far hasn't been too impressive, so let's hope Motorola has managed to tame the Medfield-based Atom processor into something you'd actually want inside your smartphone. There's no word on LTE support, either. 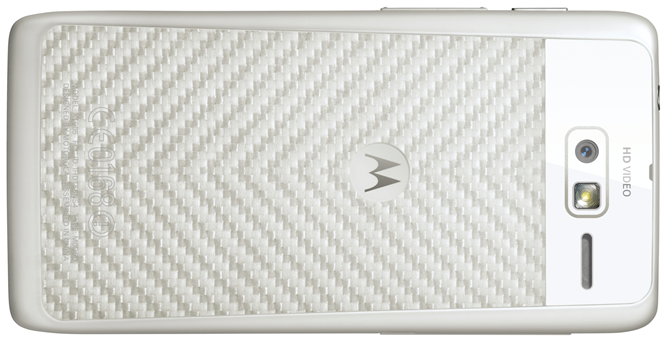 Presumably, this will be the first Moto-Intel device to hit the market, a result of the partnership the two announced at CES back in January. The event will be held on September 18th, so we shouldn't have long to wait on this. Motorola's invitation for that event basically confirms that both the RAZR M and Intel will be in attendance, saying: "Let us take you to the edge" - a reference to the RAZR M's relatively thin bezel.

Oh, and that sexy actually white version of the RAZR M you're seeing up there? You won't find it in the US - Verizon decided to uggify the "DROID" edition with a contrasting black rear cover that looks absolutely hideous by comparison. I know, it makes us sad, too.