I just got back from New York, the city of absolutely no internet, and now I can finally tell you about my experiences with the new RAZRs - the DROID RAZR HD 4G LTE, DROID RAZR HD MAXX 4G LTE, and DROID RAZR M 4G LTE. (My shift key is going to get a workout today!)

The design and construction of all 3 phones is basically the same. A stitched Kevlar back with a rubber coating, a plastic body, and an industrial-style design with exposed, prominent screws. Just imagine an original DROID RAZR MAXX with screws embedded in it and you are most of the way there.

All 3 phones feel extremely solid and well crafted. Motorola's design taste is questionable, but they can certainly build some nice hardware. The Kevlar back and plastic rim all have a lovely grip to them. They feel densely packed with components, and, even though the outside is plastic, it has a nice enough finish that it doesn't feel cheap. These are some of the best feeling smartphones out there. 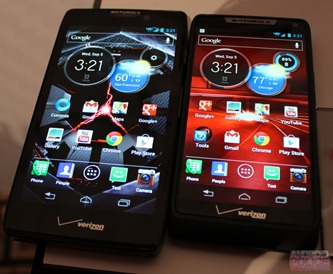 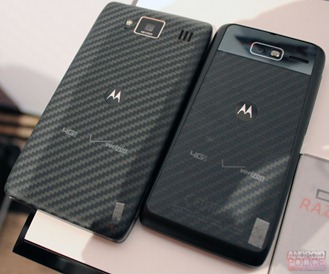 The back of the HDs have a full Kevlar wrap, while the M opts for a Kevlar panel and a glossy plastic camera section.

The real differences in the RAZR family come from the body size, screen, battery, and, probably, price. 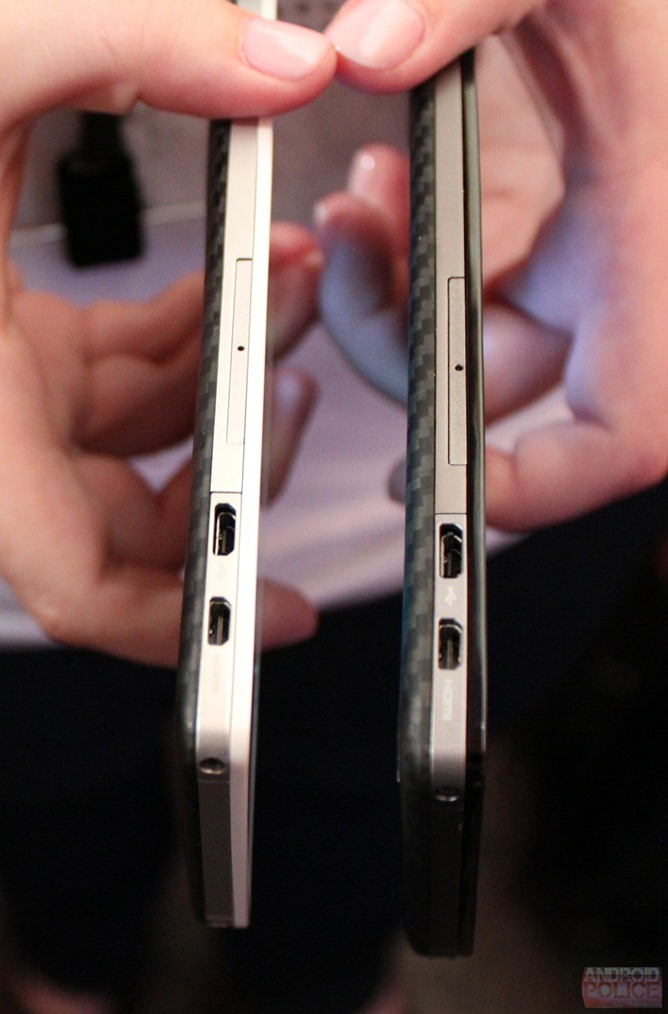 Why did they even bother? I feel like they should have just axed the non-MAXX version and saved everyone the trouble. Hitting different price points is fine, but having different sized shells just makes life harder for accessory makers. No one is going to notice seven tenths of a millimeter. It's hard to tell the difference between the two, even in a side by side comparison. For instance, in the family portrait up there, I only know the MAXX is the one on the left because it only comes in black. 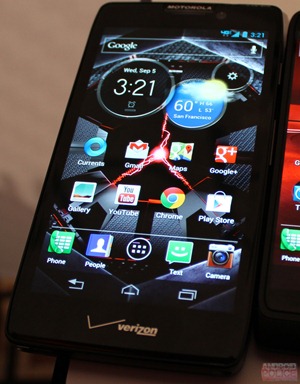 The 720p AMOLED screen looks pretty standard, and that's because it IS standard. Motorola is almost a year behind everyone else when it comes to screen resolution. It's really nothing special, they're just finally competitive with Samsung, and a little behind HTC. The colors look pretty oversaturated, it's very similar to Samsung's 720p screens.

The RAZR M is the tiny, $100 sibling of the HD and HD MAXX, and let me tell you, this is officially Android's premier budget phone. It feels better built than some $200 flagship phones (guess whose), and it's really fast, too. 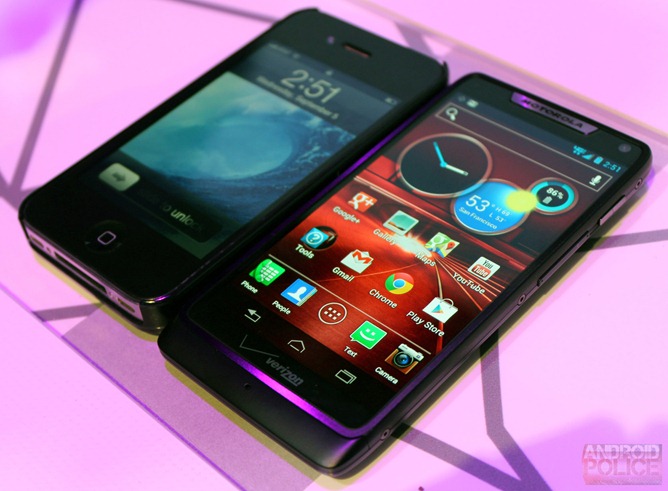 The M has a 4.3 inch qHD Pentile screen in a teeny tiny chassis. People who are interested in smaller phones finally have a decent option. The overall size is about that of an iPhone, so if you're of the "smaller phone = easier one-handed operation" persuasion, you're going to love this. (Note: That's not my iPhone) 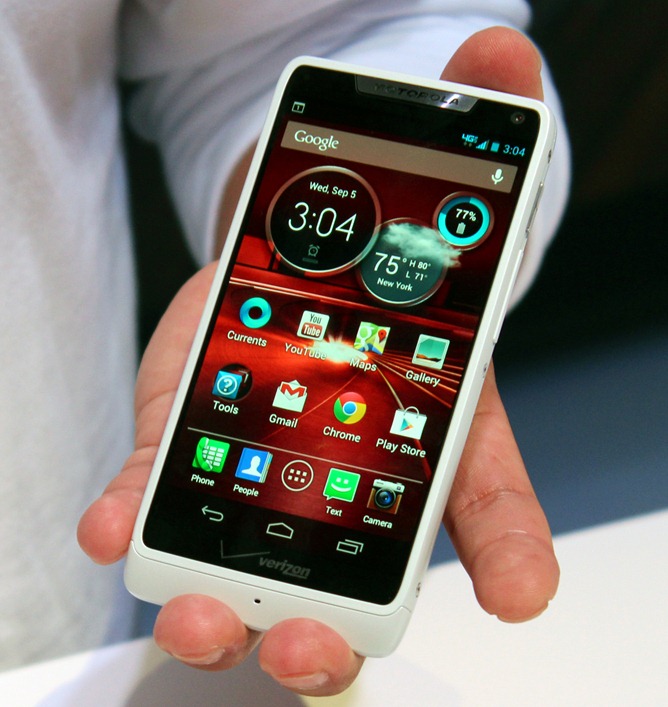 Motorola claims this has an "edge to edge" screen, and let me tell you: it's pure marketing hype. There is nothing special about it. This certainly isn't a phone with "no bezel," there's several inches of bezel when you take into account the top and bottom, and the sides are only a minimal improvement over something like a Galaxy Nexus. When looking at the phone, nothing makes you say "wow that's a small bezel," it just looks... normal. If I were in charge at Motorola, I wouldn't even bother mentioning it.

The M screen is your standard, grainy Pentile AMOLED mess from a year ago. The edges of everything have a jagged, frayed look and, in general, the whole thing looks like a checkerboard. If you've seen the original Droid Razr screen, you know what to expect. I lived with a screen like this for a few months on my Motorola Atrix. It's terrible looking, but you get used to it after a few weeks.

"The new Motorola starts today" was Dennis Woodside's takeaway quote during the presentation. Yes, Motorola is on the way to recovery, but that's after these go out the door. Saying "The new Motorola starts today" also means that these phones were developed by the old Motorola. These phones are the leftover orphans from the old regime, and Google is putting on a smile, holding their nose, and cleaning out the pipeline. Motoblur still exists. You've got a pretty hideous set of icons, skinned core apps, unnecessary tweaks all over the place, and it doesn't have Jelly Bean. Oh, and I hope you like crapware, the app drawer comes with fifty-three applications.

These phone all seem a little late, which of course, is understandable given the management change. The are decent looking, fast, and well made, but they all seem like phones that other manufacturers were releasing a year ago.

I got to take home a Razr M, so I'll have a review up at some point. Brace yourself, Moto.