A British online phone store called phones4u (shudder) put up some product images for its Xperia T page. What it didn't notice, apparently, was that at least one of the images Sony sent along was for the wrong phone. It's still an Xperia T, but "oops" is probably the best way to describe this leak: 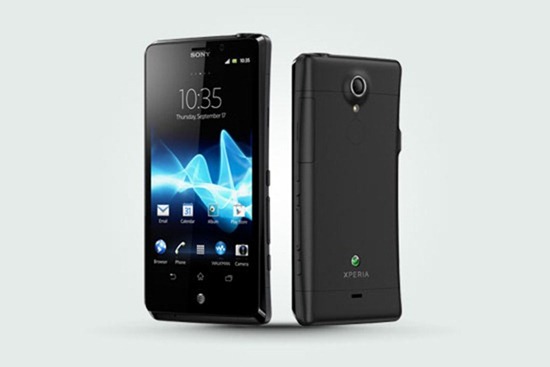 Now, look carefully. Yeah, that's an AT&T logo on the front. Oops. The person providing the images to phones4u probably didn't even notice (nor, likely, did phones4u) - it is definitely a subtle detail that one might overlook. But it's also one that pretty much guarantees we'll be seeing the decidedly awesome (on paper) Xperia T stateside soon enough.

The Xperia T was announced last week at IFA as Sony's new flagship handset. It's sporting a 4.6" 720p display and all the Mobile BRAVIA goodies, as well as a pretty damn impressive 13MP rear camera with a hardware camera button that promises to go from "sleep to snap" in just over a second. A 1.5GHz dual-core processor is under the hood, most likely Qualcomm's near-ubiquitous MSM8960 Snapdragon. Oh, and it has on-screen buttons, which is always awesome. While the T will ship with Android 4.0.4, Sony is promising a Jelly Bean update relatively shortly after launch. And given Sony's apparent commitment to all things Android, we're hoping that actually means shortly after launch.

All in all, Sony appears to finally be hitting its stride with smartphones. I can't say I would be disappointed to have the Xperia T land in my lap.

Hopefully the wait won't be long.