As football season gets underway, the annual tech upgrades start. What new toys do you have for getting sucked in to your favorite not-soccer sport? Well, one of the nicest ones this year might be NFL Game Rewind. The app, which requires an existing subscription to the streaming service of the same name, will allow viewers to watch games in their entirety after they air. No live shows, but they're available via On Demand. As a bonus, they'll even get access to special features like Coaches Films and All-22, a feature that allows a sports fan to see all 22 players position on the field simultaneously, not just following the ball. It's pretty impressive. 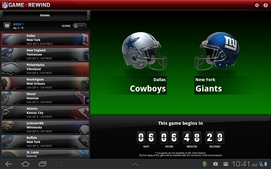 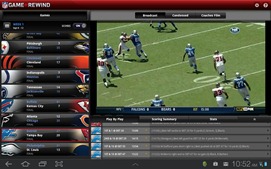 The service, while not exactly cheap, sounds like a pretty good deal if you're a football fan. You can choose to follow just your team for $35, or all teams in the season for $40. Both of those packages are a little bit crippled, though. You don't get playoff games, the Super Bowl, and only some Coaches Film plays. For $70, you get access to all the games including the playoffs, Super Bowl, and unfettered access to the Coaches Film.

Once again, though, all of these games are post-air. Sorry, no live shows. What do you think, sports fans? Is the package worth the price now that you can watch on your tablet?