A couple of days ago, the CyanogenMod team announced via Google+ a new feature merged to CM's Jelly Bean code branch – Quick Message. In case you missed it, Quick Message is a feature (built by David van Tonder) that displays a pop-up notification upon receipt of a new SMS message, offering the ability to reply from within the pop-up, view the message in Android's Messaging app, swipe to another new message, or close the notification.

Today, van Tonder (along with CyanogenMod) announced even further enhancements to the feature, primarily influenced by user feedback, adding a "Quick reply" option to SMS messages' actionable notifications. To avoid redundancy, the "Quick reply" action will only appear if Quick Message pop-ups are disabled and if the incoming message is a single SMS or part of a thread from the same sender. 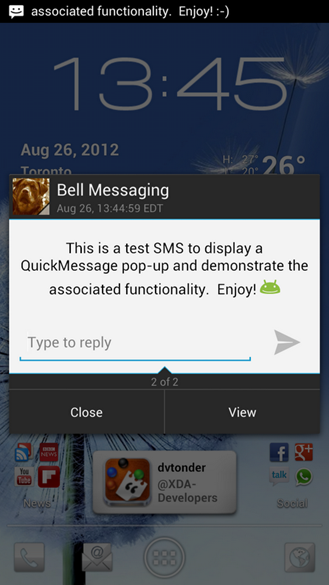 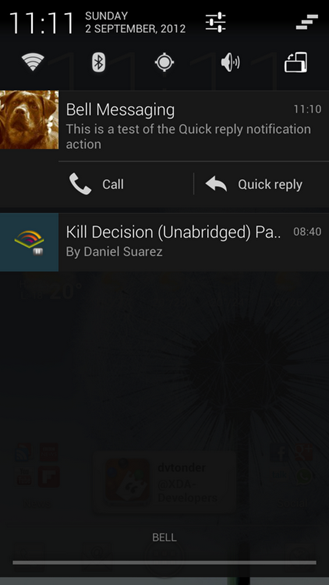 Even as CyanogenMod 10 continues to work its way onto more and more devices, it's nice to see new – and, more importantly, useful – features being developed and merged with CM10 nightlies.

CyanogenMod's Google+ post is sure to note that Quick Message's notification shade functionality is still "in progress," but judging by the apparent speed with which Quick Message made its way into CM code, users shouldn't have too long to wait. To see the original posts, just hit the appropriate link below.

Rumor: 3G-Connected Nexus 7 May Be On The Horizon, Ready 'In Around Six Weeks'