Over the past year or so, my tablet has become my primary mobile device, replacing my phone for most things. However, while I appreciate the bigger screen and better battery life my tablet has over my phone, there are still things that I must use my phone for, like calling and texting.

I have a Bluetooth keyboard connected to my tablet a lot of the time, especially if I'm sending a lot of emails or taking notes for a review. Thus, it's kind of annoying to have to switch to my phone every time someone sends me a text message. Thankfully, ClockworkMod just released a tablet version of its app DeskSMS. Appropriately named TabletSMS, it lets you skip the phone and send SMS and MMS messaged directly from a connected tablet. 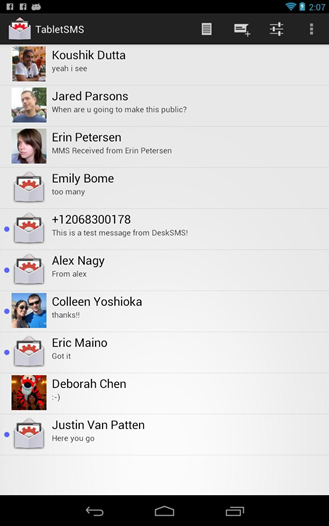 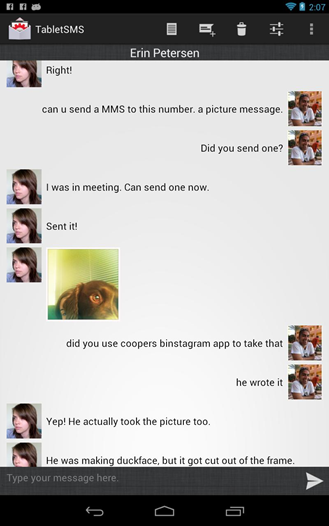 The app is pretty straightforward - simply install DeskSMS on your phone, TabletSMS on your tablet, and that's basically it! The two devices should find each other and your messages should in turn show up on the tablet. From there, you can text directly from your tablet the same as you would from your phone.

Best of all, both DeskSMS and TabletSMS are free in the Play Store (though the service itself costs $5/year). Hit the widgets below to install on your respective devices and give it a shot. 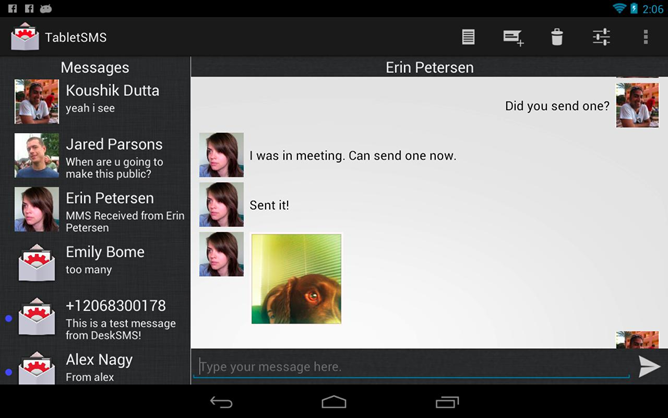