You likely noticed our coverage regarding the arrival of official CyanogenMod (experimental) nightly builds for, among other devices,  HTC's EVO 4G LTE. As someone who's lived with the EVO LTE for several months now, this was big news.

Normally, we steer clear of covering the majority of custom ROMs, as development for many Android devices runs at a fast and furious pace, and coverage can quickly become dated. The improvements CyanogenMod 10 offers, though, especially over Sense on the EVO LTE, are certainly worth coverage. In this post, we'll take a quick look at CM10 for the EVO, how it changes the device's overall experience, and why, if your EVO is not running Jelly Bean yet, you're missing out.

The Problem(s) With Sense

The big, obvious improvement offered by CM10 is performance. It's no secret that HTC's latest iteration of Sense has a laundry list of issues, from bugs to performance issues to things that technically aren't bugs, but which make so little sense that they may as well be.

To see the ways in which CM10 effectively "fixes" the EVO LTE in terms of both performance and usability, we'll first take a look at just what's wrong with Sense on the EVO in the first place.

One of my biggest gripes with Sense 4 is its multitasking, something that HTC has officially stated is working just fine, thank you. This is one of those "features" I mentioned that should actually be in the "bugs" category – multitasking on the EVO LTE (and ostensibly every Sense 4 device) is dead. The issue, besides HTC's strange interface design choice, lies in the fact that Sense actively, aggressively kills tasks and apps running in the background, sometimes upon exit. Of course, there is the stock menu under "Developer Options" that allows users to increase the maximum number of processes allowed to stay alive, but the options top out at four processes.

Normally, "Standard Limit" would allow the OS to decide how many processes get to survive in the background, and numbered limits would lower that number forcibly. In Sense's case though, it seems that choosing 4 processes actually increases the number Sense would otherwise keep alive. So, if you plan on doing five or more things with your phone each day running Sense, you'll be faced with constant webpage reloads, app restarts, etc. each time you switch between tasks. 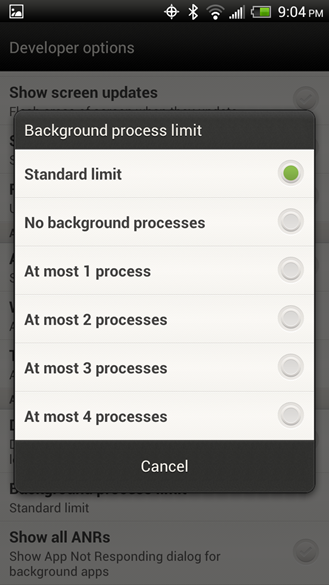 This is some kind of cruel joke, right?

Another big complaint is the menu bar. The menu bar on HTC's One line of phones (and the EVO) represents the consequence of choosing Back, Home, and Multitask capacitive keys. When it came time to decide whether to include hardware keys and which ones to include, HTC could have either included a hard menu key (which ostensibly zaps the "action overflow" button out of existence on most apps, destroying discoverability of extra menus), or opted for Back, Home, and Multitask, hoping that third-party apps would opt to follow Android's design suggestions and include an overflow key. The latter has not happened, and so users – until recently – have been stuck with a giant ugly menu bar. 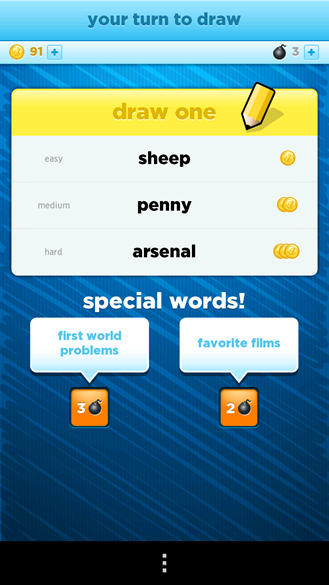 Of course, HTC has remedied this situation with both the One X and the EVO as of today, but frankly the fix seems like an afterthought, and the remaining issue (in my opinion) is that the menu bar should not be part of the unaltered stock experience in the first place. The less users have to change about an interface off the bat to make it more usable, the better.

Readers probably remember back in May when many of HTC's handsets were stopped at customs over alleged infringement of an Apple patent. In an apparent effort to remedy this situation, HTC made some hasty changes to Sense 4's app association policies, effectively linking apps to certain actions (and actionable links) without allowing users to choose defaults in context themselves. Instead of Android's usual "default app picker" behavior, we got this: 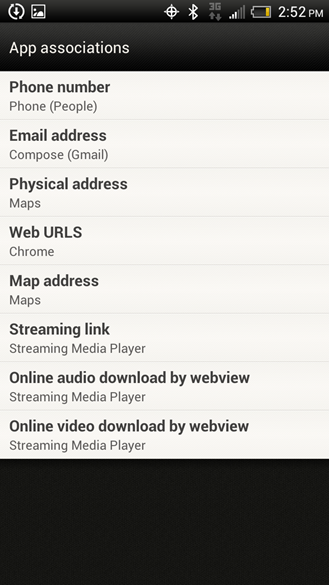 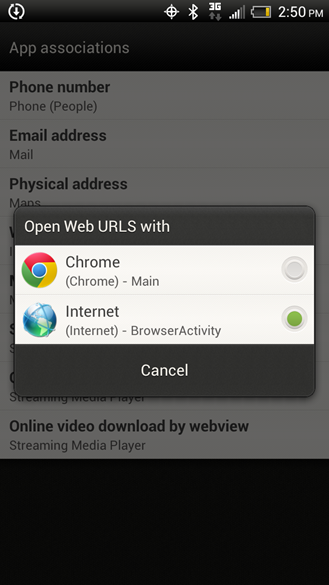 While only marginally less convenient for most users, it's another example of Android functionality that's been changed for the worse in Sense, and which can be infinitely improved by simply switching to an AOSP-based experience.

Besides those two complaints, Sense has a host of other bugs that have yet to be fixed. Occasionally, the SMS app forgets your contacts' names, Sense's camera has a tendency to refocus constantly (even while recording video), T9 contact search mysteriously fails, and users are confronted with Sense reloads far too often. 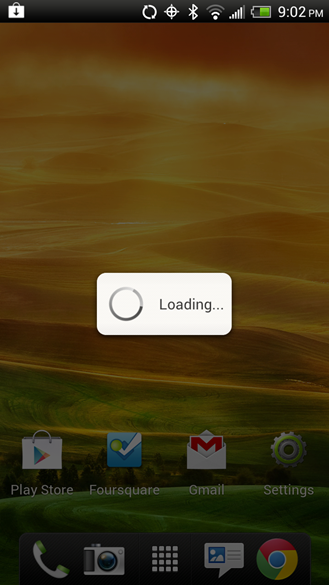 Bugs and other issues aside, the EVO's stock experience feels downright hampered compared to running AOSP. While Sense's performance isn't sluggish by any stretch of the imagination, you will notice a huge different in speed and responsiveness when switching to CM10.

CM10's quickness and fluidity, thanks in large part to Jelly Bean's Project Butter, is a breath of fresh air for the EVO, and since CM is based on AOSP, it inherently lacks all of the bugs and problems associated with Sense. Besides that, CyanogenMod 10 offers its own set of enhancements over even stock Android.

The list of CM-specific features is long, so we'll only take a quick look, but they enhance the stock experience in a number of ways. Many of these enhancements (that aren't behind the scenes) lie waiting for use in the device's Settings menu. For starters, CM adds an entire "Interface" section to the Settings list, giving quick access to amazingly detailed options for customizing your device's Launcher, Lock Screen, theming options, and even the notification bar.

CM10's Launcher options include high-level customizations primarily for the home screen and app drawer. Users can change the home screen's grid size, number of screens (a feature also present in Sense), padding, the persistent Search bar, and other customizations you'd expect from a custom launcher like Nova or Apex. The app drawer can be lightly tinkered with, giving users the option to separate the widget list, and adjust the drawer's page indicator. 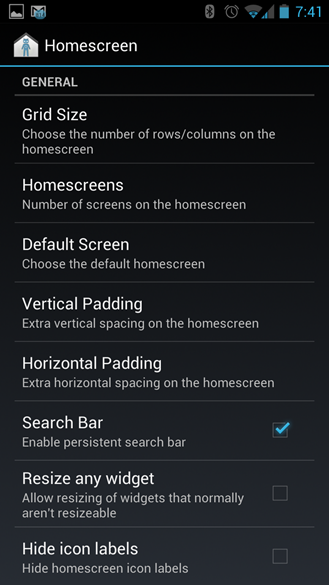 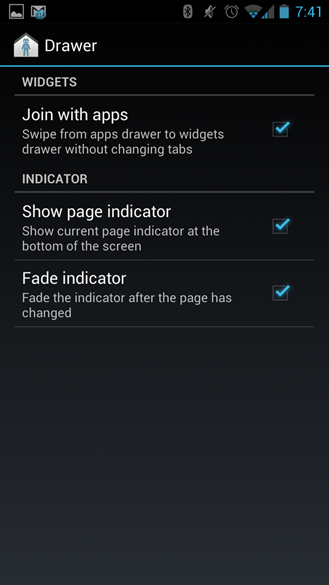 Lock screen enhancements (which are at a premium in Sense) shine in CM10, allowing for custom backgrounds, battery status, owner information, weather, calendars, and up to five slider shortcuts.

Of course Sense offers these features individually, and allows users to quickly access docked apps, but the option to combine features (along with the beauty of Jelly Bean's lock screen) really make CM's lock screen options stand out. 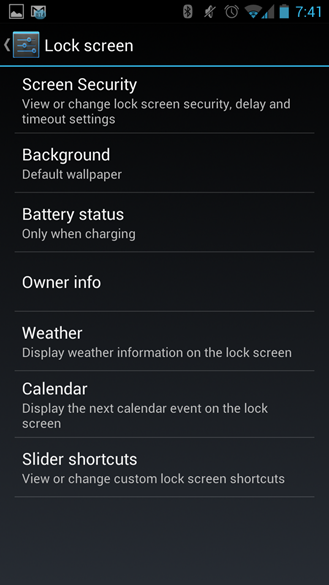 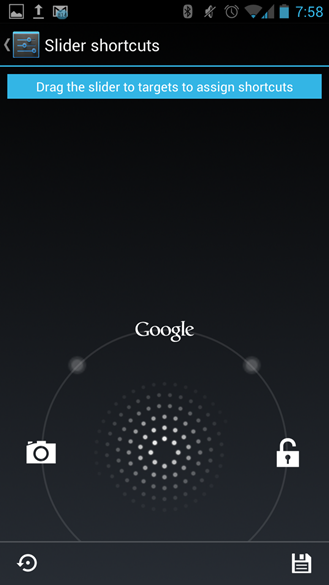 Besides its customization potential, CM's lock screen has another leg up over Sense's equivalent – no double locks when choosing alternate security methods. In HTC Sense, if a user chooses to enable a pattern or combination lock, they will be required to perform that action and pull the usual ring lock, which wastes time and quickly grows old.

Theming options are just what you'd expect from CyanogenMod – a simple interface for choosing between and applying themes. It's one easy screen, and that's all.

The "System" section offers another set of customizations that really stand out – it allows for status bar, notification drawer, and other adjustments that will even further increase your device's usability.

CM's status bar options allow for unread counts, clock and battery adjustments, and even the ability to tweak signal indicators.

The notification drawer can be customized with a scrollable power widget that Sense so desperately needs, with options for power drawer behavior as well. 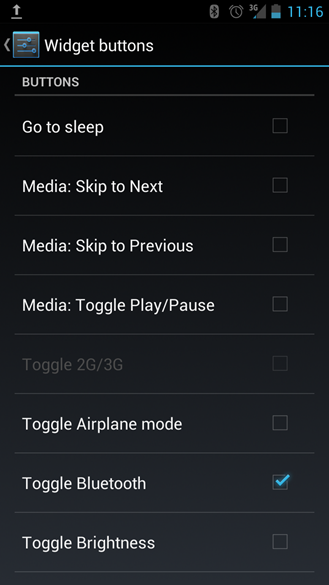 Once you've chosen your power widget buttons, the bar floats at the top of the notification tray, and is easily scrollable. This saves a heap of time in adjusting settings on the fly, and even offers functions like flashlight mode and Wi-Fi hotspot.

Of course the "wallpaper" and "font size" sections are exactly what you'd expect. The "Power menu" section allows for the adjustment of power options (reboot, recovery, etc.), and the "Hardware keys" list allows for even more detailed button remapping than HTC's solution.

One of the biggest things I looked forward to when upgrading from the original EVO 4G to the LTE was a bigger, beefier battery. Of course when switching out OS's, the preservation of long battery life is important and, so far, CM10 has not disappointed. 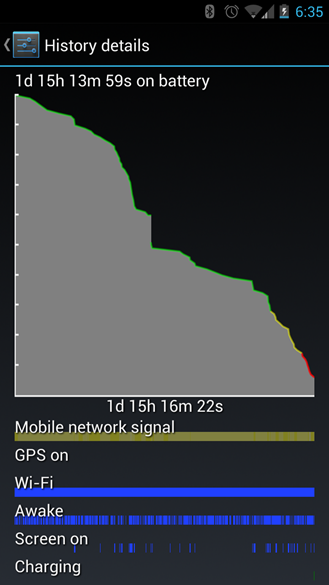 My use pattern is fairly modest (having the screen on for maybe 2 hours total per day) but, even so, I've squeezed up to 2 full days of life out of a single charge (that drop in the middle of the chart represents some tinkering in recovery), even with my device inexplicably waking up so often (something that will likely be worked out in the future).

CyanogenMod 10, besides its outward customization and other enhancements, has a few other tricks up its sleeve. One of the biggies is Wi-Fi tethering that actually works. For whatever reason, HTC's stock kernel doesn't allow Wi-Fi tethering to function properly, but with CM10, it's no problem.

Despite the smoothness of CyanogenMod 10, there are still some kinks to be worked out. Since the EVO is now privy to CM10 nightlies, many of these bugs are undoubtedly on their way to being fixed, but in the interest of disclosure, they're important to discuss. We'll touch on all the obvious bugs present at the time of writing.

The first issue you'll encounter with CM10 is an ANR message for Android's phone process upon boot. This happens anywhere from one to five times immediately after booting up, but so far hasn't appeared anywhere else for us, and hasn't changed or affected phone functionality at all.

The CM10 nightlies, at least at the time of writing, lack the camera quality of Sense's stock ROM, and lacks HD video recording outright. If the quality of the EVO's stock camera is important to you, this may be a deal breaker. That being said, still shot quality is not terrible, but the versatility of the camera (burst mode, etc.) just isn't there yet.

The ROM also suffers intermittent issues with turning off the screen, showing strange patterns a split second before power off, rather than shutting off uniformly. This is of course an extremely minor issue that doesn't affect usability, but is still worth noting.

In the end, if you're a rooted user who's sick of Sense's problems and likes the idea of the no-nonsense, simplistic, visually cohesive interface of AOSP Android supercharged by a ton of awesome enhancements, CyanogenMod 10 is the solution hands down. Using CM10 builds (nightlies and Kushdeck's unofficial builds) for the past couple of weeks, I can confidently say that it's been the best experience I've yet had with my EVO. It's already fixed just about every complaint I had with the device, and will only be getting better from here. Head to get.cm to grab the Jewel download.

[IFA 2012] Huawei Shows Off 4 New Phones, 2 Tablets All Headed For Availability By End Of Year