BaconReader, one of the most popular Reddit-browsing clients available for Android, has just received a major update to version 2.1. Among other things, the update brings a new "Welcome Guide" for new users, access to subreddit sidebars, subscription functionality, support for spoiler alerts, a dark theme for the app's "large" widget, and a few minor fixes.

Of course the real story in this update is the app's UI overhaul. BaconReader has finally crossed over to a new design, which ostensibly follows the highly-exalted Android Design Guidelines. With its cohesive, crisp new interface, BaconReader looks and functions better than ever before. Just take a look for yourself. 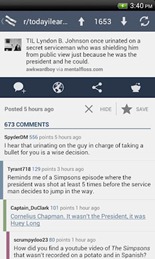 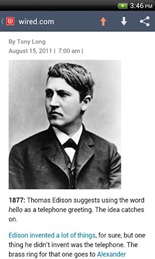 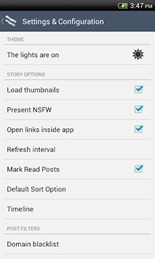 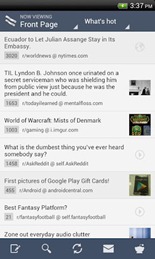 It's worth noting that a not-insignificant number of users are reporting problems with the update, from lagging to force closes, but the app appears to work fine on a clean install. As with anything, though, your mileage may vary. If you haven't already, just hit the widget below to grab the update.