Samsung's rumored Galaxy Camera, which we saw leak just a short while earlier, is now official. The Jelly Bean packing point-and-shoot is Samsung's first foray into Android-powered cameras, and is in fact helping to shape what could become a successful niche market (after all, we did just see Nikon unveil a new Android-powered point and shoot). 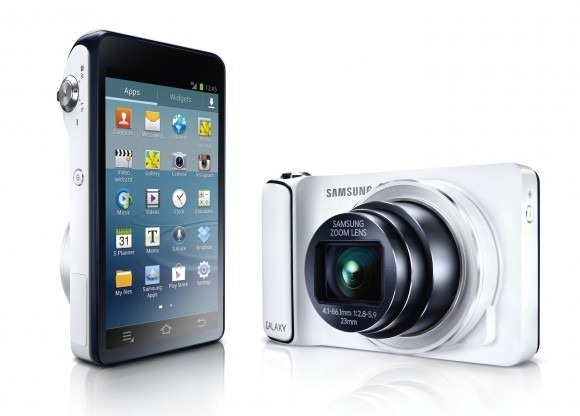 Of course what you're really interested in is the camera's specs. The Galaxy Camera doesn't seem to disappoint on paper, packing a 1/2.3" BSI CMOS sensor with an impressive 16.3 effective megapixels. Here's a full look: 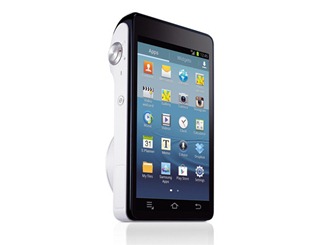 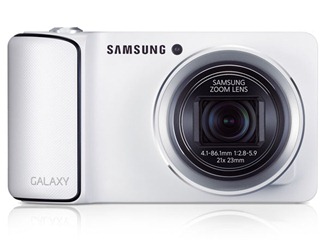 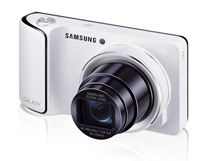 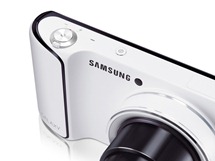 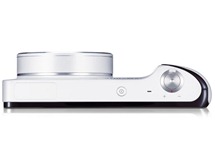 Over its Android 4.1 base, the Galaxy Camera carries significant Samsung customization. For starters, it will feature ten different shooting modes, including a "Smart Pro Mode" with aperture, shutter speed, and other adjustments available to the knowledgeable shooter. While shooting, users can also utilize voice control for functions like zooming, toggling flash, etc. The camera also features "Best Group Shot" which can stitch together an image with different faces for each subject, ensuring everyone's eyes are open.

When the shooting's done, users can edit photos with Photo Wizard (from minor edits to filter application), edit videos with Movie Wizard, easily view and organize their photos, or share photos instantly over their data or Wi-Fi connection, also making use of Share Shot, which will allow users to share with other Galaxy Cameras or phones. Photos can also be automatically backed up to the cloud.

Of course, the camera will also have access to Google's Play Store and its full catalog of apps (Instagram, anyone?).

While we don't have exact pricing and availability information, we do know that the camera is expected in the fourth quarter of 2012, to be launched in collaboration with mobile carriers.

For the full press release, just hit the source link below.