Update: Not only does the update address the reboot issues, but it also brings about a very useful new feature: cycling directions for 10 different countries (Australia, Austria, Belgium, Denmark, Finland, the Netherlands, Norway, Sweden, Switzerland and the UK)! This includes full turn-by-turn, voice-guidance in Maps Navigation for all 12 supported countries (all previously mentioned, plus the U.S. and Canada), as well. Getting around on your bike has never been easier! 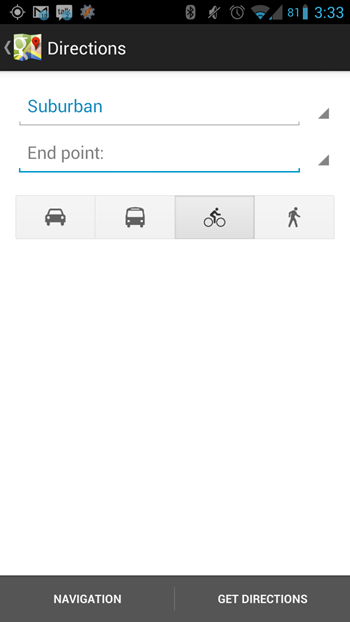 Today, Google's most downloaded app, Maps, saw a small update. The changelog on the Play Store doesn't explain what's new, but according to some XDA users, it appears to fix an issue that caused some HTC devices to reboot while using Navigation. Previously, version 6.10.0 caused the problem and the solution was to rollback to a previous release of the app. Now, though, the bug appears to be fixed.

Aside from that, nothing else appears to have changed. Certainly nothing to warrant an update to the changelog, which still lists the new features from v6.10.0. If you're an HTC user, you may want to head to the Play Store immediately to download the update. And you can finally put away that Atlas you've had in the front seat of your car since this whole thing began. What is this, the 1990s?