A few of your friendly neighborhood Android Police writers collect the official Android vinyl figurines, but it's got to be said that they leave something to be desired in the interactive department. (By the way, if anyone has the Star Trek Android from Comic-Con 2012, I may actually trade you an arm and/or leg for it.) One Kickstarter project aims to change that, by making a 4-inch, animated, Bluetooth-controlled toy robot modeled after everyone's favorite green mascot. Be The Robot ("BERO") is currently just over a quarter of the way towards full funding, with a month left to go. 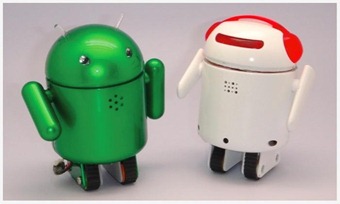 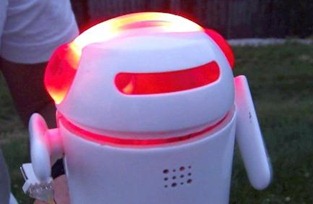 Reality Robots started off with a prototype that was basically Google's Android mascot, in all his antennae'd, verdant glory, complete with a system-on-a-chip. In addition to six motors that let the toy move its "legs" (sort of like tank treads) and arms, LEDs for the eyes, and a Bluetooth connection for control via an open source Android app, it also included a MicroSD card slot for programming and loading basic instructions, plus playing back tunes.

After completing the initial design phase, the team met with Google to ask permission to create the toys. Two-dimensional representations of the Android logo are open to anyone, but toys and other models are something of a legal gray area. As a compromise, the team redesigned the robot with a little Cylon style, giving it a cyclops eye and a pair of headphones (where the LEDs now reside) instead of antennae. Other specs for the newly-christened BERO include a 500mAh battery and MicroUSB port, upgradeable firmware, and an SPI port for messing around with Arduino. Users will be able to swap commands and other tweaks on a yet-to-be-created social site.

Be The Robot (BERO) - Kickstarter