Of course, one of the most important things about a mobile device meant to center around gaming is its spec sheet. We aren't privy to the entire list of specs just yet, but here's what we do know: the GamePad will pack a yet unspecified dual-core processor at 1.5GHz with a Mali 400 quad-core GPU. 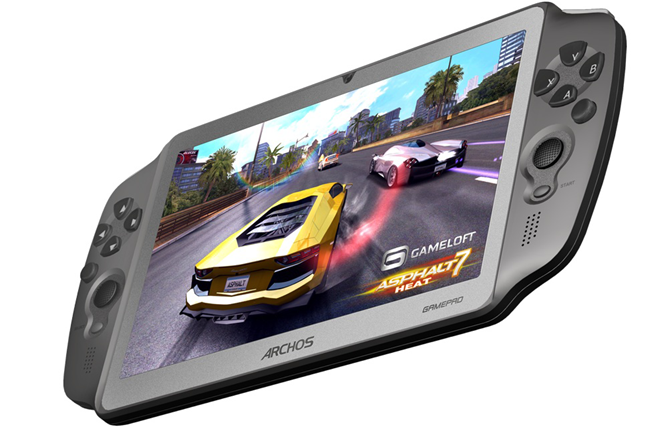 While the GamePad is clearly geared for gaming, that's not all it can do. The device will be shipped with Android 4.0, and will of course have access to the Play Store's full catalog of games and apps. ARCHOS' press release reassures potential customers that ARCHOS has something special on their hands with the game mapping system. Founder and CEO Henri Crohas explained

Thanks to the mapping and automatic game recognition systems included on the GamePad, we already have over a thousand Android games compatible with the ARCHOS GamePad's physical controls, including back catalog titles that originally didn't include physical controls.

As for pricing and availability? ARCHOS, in its press release, indicated that the device will be available starting in October for "less than 150€," with no mention of region or exact date. Of course, we'll keep you updated as more information about the GamePad is revealed. Until then, ARCHOS encourages game developers to get their games mapped for the device by emailing [email protected].