Back in May of this year, a die-hard Samsung fan named Shane took to Facebook to try and score a free Galaxy S III with a custom piece of art (read: a drawing of a dragon). While Samsung was pleased with the gesture, they politely declined his request for a free phone, instead offering a drawn picture of a kangaroo riding a unicycle. No, I'm not making this up. 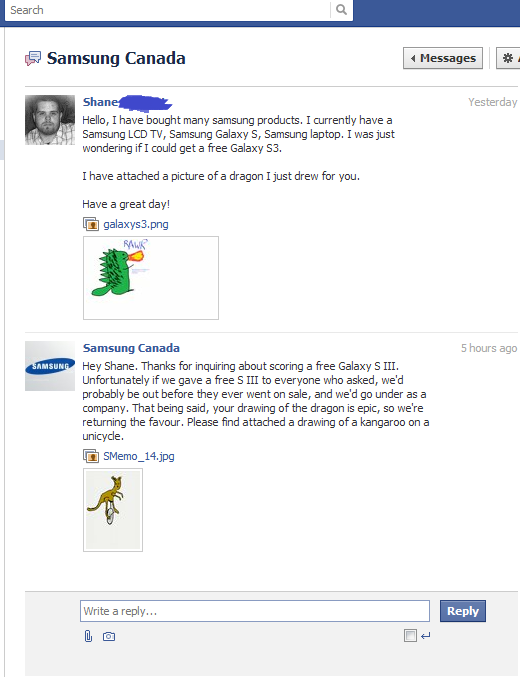 Given its awesomeness, the above image quickly went viral. As a result, Sammy and friends got a lot of attention that day.

Fast forward to today, and Samsung has now given Shane a one-of-a-kind Galaxy S III donning a custom back. Can you guess what it's customized with? 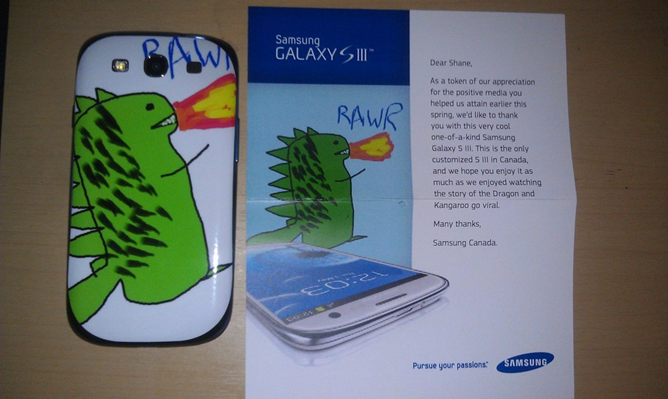 Shane's Dragon image! They even took the time to customize the box: 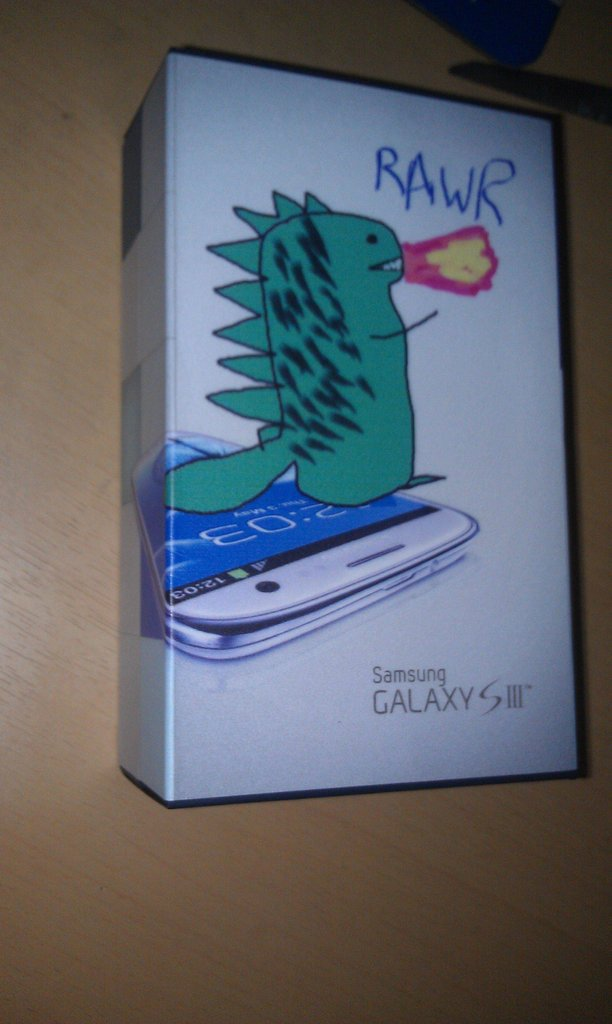 Given the amount of negative press that Samsung has gotten over the past several days, it's nice to see something this awesome come out of their camp. That's what I call real customer appreciation.

Good job, Samsung. You didn't only make Shane's day, but ours as well.