HTC has been sitting out the tablet game for a while now. After the monumental failure of the Flyer and the Jetstream, the Taiwanese manufacturer has kept its nose out of the slate market. If these images are to be believed, though, the company is at least considering new ideas. Some very strange ideas at that. The pictures show a tablet that has one abnormally large bezel area, while the three others are normal sized. The odd thing is, the giant bezel is on the bottom. 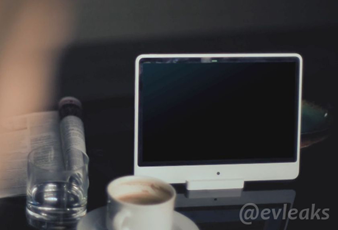 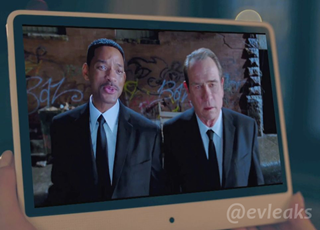 The images look very obviously Photoshopped, though the story may not end there. The most evident bit of modifications is the screen. The display is very crudely added in post.  Other elements might also have been edited in, like the camera or the logo, though this is unlikely. What does appear to be the case is that someone at HTC commissioned a team to take a non-functional demo unit out and do a photo shoot with it. Whether or not it makes it to production is anyone's guess. 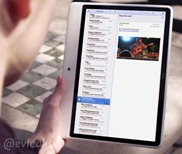 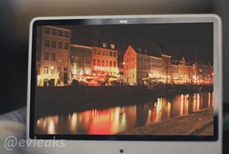 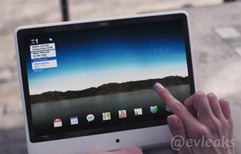 The design itself is rather odd. It does kind of make sense to have just a single edge with a larger bezel. The extra surface area gives you room to grip, but by having three smaller sides, you can increase screen size without bulking up the device itself. The Nexus 7 takes a similar approach by making the top and bottom bezel wider than the sides. However, the single edge limits some of the positions it could be held in.

This is particularly a problem because, for some bizarre reason, both the rear and front cameras are centered on the bottom of the device. While cameras on a tablet are of questionable utility to begin with, it's hard to imagine HTC thinks these angles will be better for those that do use them. The company has had some flops, but is generally known for some good hardware design. If this manages to slip out the door, it would be a shock.

Most amusingly, the design seems to be reminiscent of an iMac. Particularly when placed in a dock, as we see in one of the images. The usual jokes about Apple suing somebody aside, the design manages to straddle the line between looking good and looking absolutely awful at the same time. We'll see what comes of it. This tablet may be an unreleased product, it may be a design exercise, or it may be a very clever ruse. Time will tell.

Oh, and it's worth pointing out that these images are coming from the back-from-the-dead @evleaks Twitter account. It's difficult to confirm if the same person is operating the account as it appears to have started brand new, but the old @evleaks was pretty reliable. So add another layer of mystery to this already interesting story.

LG Announces The Optimus L9 With A 4.7" Display And QTranslator App