Let's see a show of hands: how many of you use your smartphone while driving? It's OK, we won't judge you. Yeah, you do it. We all do from time to time. And we all know it's not safe, too.

The interface of a smartphone is meant to be simple, but not simple enough to use while driving. For that, an app that turns your smartphone into something that your grandmother could be comfortable using would be much better. A simple interface that gives all the information you need at a glance and offers oversized buttons for interactive elements.

What I've just described to you is Samsung's new app, called Drive Link. Using the Japanese Automotive Manufacturers Association safety regulations as a guide, Samsung designed the application to help users quickly and easily access the things most often used while on the open road. 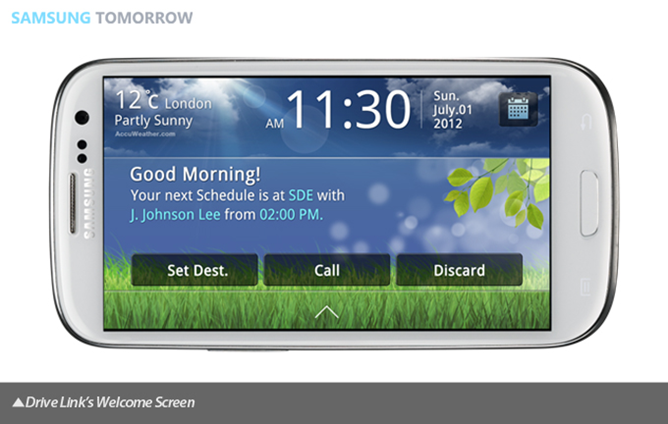 Drive Link displays common information, like weather, time, and appointments, with large interactive elements to make quick tapping without looking easier. It's intuitive, too - if a text comes in containing an address while the app is running, it will give you the option to navigate to that address with a single tap.

Drive Link also makes good use of Android's TTS (text to speech) engine, and can read all incoming text messages, emails, and social media updates so drivers can keep their eyes where they belong: on the road.

The Drive Link application is available now from Samsung Apps on the Galaxy S III, but will be coming to "other smartphones running Android 4.0 in the near future." With that said, it's not indicated whether or not the application will be made available in the Play Store, so we'll just have to keep an eye out for it to make an appearance. 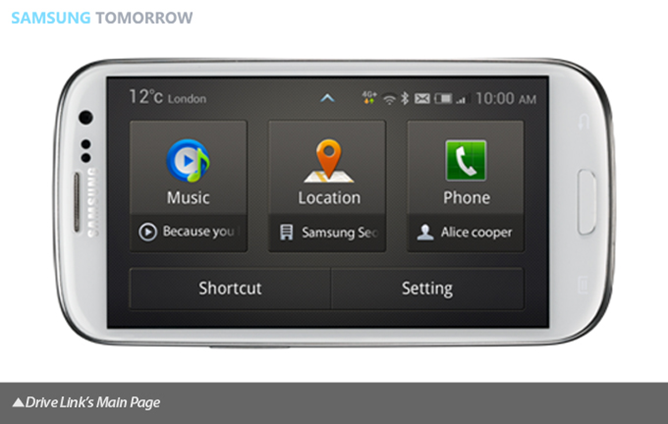