Good news, everyone! Everyone's favorite Android tablet is finally becoming available in more European countries. Today, the seven inch slate started showing up via Google's online storefront in France, Germany, and Spain. The price will be €199 for the 8GB model and €249 for the 16GB. Of course, once you count for the conversion rates, this means our friends across the pond will be paying a bit more than US customers do. This isn't an uncommon practice for foreign releases, but it still means the tablet will be a little more expensive overseas.

Unfortunately, that's not the only downside. At the moment, Play Movies and Play Books are available for all three of the new countries, but Play Magazines and Play Music are still US-only. To say nothing of Play Store gift cards. Since this device is being made, among other reasons, to push Play Store content, it's a little counterproductive when a large chunk of Google's content isn't available in those countries yet.

Still, if you reside in France, Germany, or Spain, and you've been waiting to get in on the high-end budget tablet market, it's time to grab your wallets. 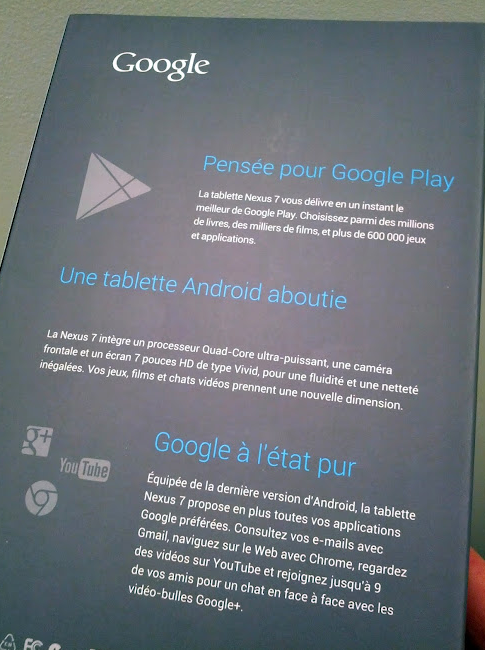 Two-Step Verification Now Available For Dropbox, Here's How To Enable It