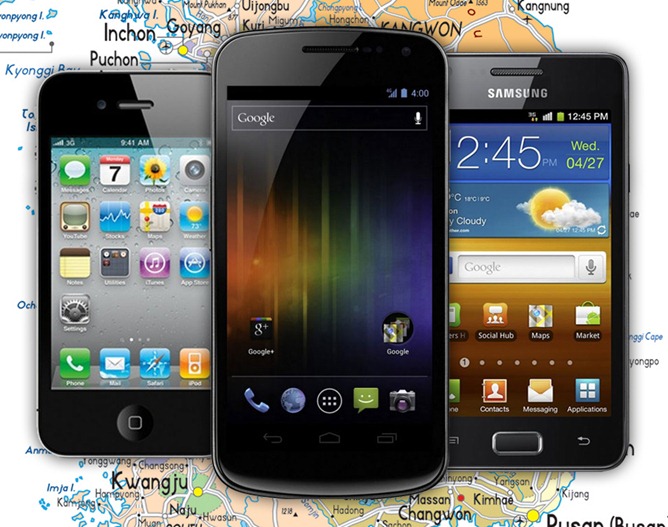 Samsung must pay 25 million won to Apple while they get 20 million won in return for each patent violation - in U.S. dollars, that's $22,000 and 2x$17,650, respectively. More interesting are the device bans put in place. As of today, Samsung can't sell the original Galaxy S, Galaxy S II, Galaxy Nexus, original Galaxy Tab, or Galaxy Tab 10.1, while Apple is barred from selling the iPhone 4 and iPad 2. The WSJ notes that none of these devices are the latest models. This is true, but several of them (notably the Galaxy Nexus, iPhone 4, and iPad 2) are currently being sold at retail.

The decision in Seoul will have no formal bearing on Apple's current case in California, set to wrap up in a matter of days. That said, decisions made in foreign courts can often influence those made elsewhere, whether explicitly detailed in judicial conclusions or not. The court's statement that there was "no possibility" of consumer confusion between Apple's products and Samsung's stands in stark contrast to Apple's victories elsewhere. The court even explicitly stated that Samsung's app icons didn't infringe upon Apple's intellectual property - a sticking point in the current U.S. case.

[Via The Wall Street Journal]

T-Mobile Officially Acknowledges Google Maps Reboot Bug, HTC And Google Said To Be Working On A ...

Android Phones Will Power NASA's Future Nanosatellites, Going Where No Nexus Has Gone Before