When it comes to speakers, cost can make a huge difference. Cheaper speakers tend to pack lower-grade materials, while more expensive ones tend to pack better. But every now and then, you'll find a true gem; a speaker that performs well above its price range. And luckily for me, the Satechi Swift is such a gem.

Portable Bluetooth speakers in particular are a dime a dozen, though the most well known is undoubtedly the Jawbone Jambox. It's a good speaker, but with a retail price of nearly $200, you're paying for panache as much as you are for sound. What makes the Swift so special? In a nutshell: it costs $30 and though it's not nearly as stylish, it's virtually every bit as good. 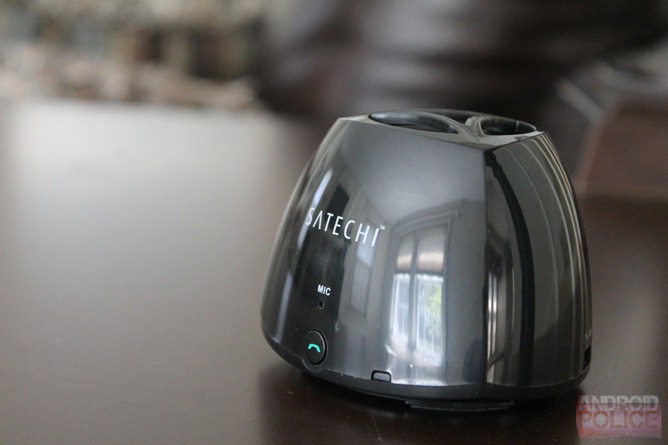 The Swift is a rounded triangular pyramid with the top chopped off. On one side is a miniUSB port for charging, on another is a plain old-fashioned power switch, and on the third is the multi-function button (MFB), microphone, and LED. It's made from glossy plastic, and the shiny blood red speaker cone is exposed on the top.

Like any good BT device, pairing is a simple affair consisting of holding the MFB for 6 seconds, then discovering the device on your phone - easy as it gets. And that's all you have to do to set it up. The MFB provides the sole point of interaction with the Swift, and can answer, reject, and end calls, as well as initiate voice actions on Android and Siri on iOS, and switch calls between the speaker and your phone. 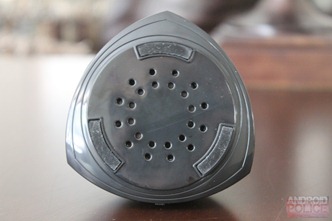 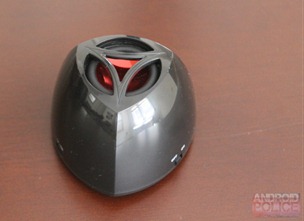 For the number-crunching crowd, the dirty details: the entire apparatus has a 3" x 3" footprint, is 2" tall, and weighs just 4.6oz. It packs Bluetooth 3.0 with a range of up to 33'. The speaker is 2W, with an output level of 80 decibels. It takes up to 2 hours to charge the 400mAh battery via USB, and playback time is a claimed 3 hours (4 hours talk time, 300 hours standby).

Numbers and measures aside, as I said above, what makes the Swift special is the sound. When you feed it high-quality audio, the output is fantastic for a speaker of its size. Truly, the sound quality is excellent for a portable speaker, as is the sheer volume when cranked. You can easily fill a room with the downright diminutive Swift, and while it was placed on a windowsill, the bass was strong enough that I could feel it in my feet. Not bad for something smaller than my fist. 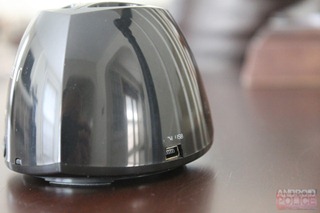 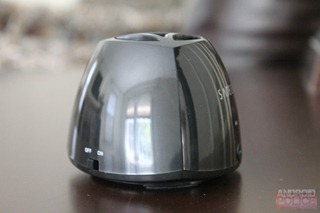 Awesome as it is, no device is perfect - not even the Swift. My biggest gripe: include a damn AC adapter so I can charge it faster and more conveniently through a wall outlet. And... well, that's about it. You know it's an amazing device when my only complaint is that they don't ship an A/C adapter with it, especially since phones/tablets ship with them anyway. In other words, the only flaw I can find is really a non-issue. I suppose some could gripe about the blood red metallic look of the speaker on top. I don't even care. It's a bit gaudy, sure, but it's not bad and frankly this thing is so good it's not worth worrying about. And thanks to the small size and overall shape, it's fairly discrete, anyway.

The takeaway is this: if you're looking for a portable Bluetooth speaker, get the Satechi Swift. At $100 it would be worth the cost; at $30, it's an absolute steal.

Message For You, Sir: The T-Mobile Concord Will Be Available For $99 With Or Without Contract ...