I'd be lying if I said this story didn't just make my day. According to Business Insider, Facebook employees are being strongly urged and in some cases required to use Android phones instead of their smartphone platform of choice. Why? Because the Facebook for Android app sucks. Of course, this doesn't come as a surprise to anyone who's ever used it. Despite a string of tiny, incremental, minor updates—or worse updates that add features nobody wants only to remove them almost immediately—the app has remained largely the same for the last six months at least. 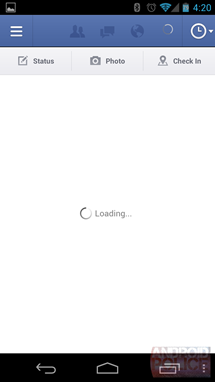 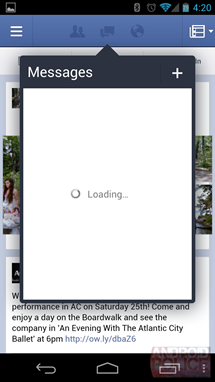 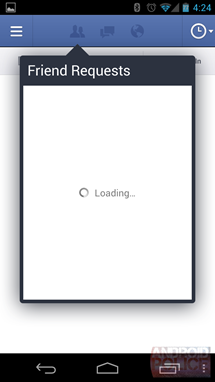 If you had to stare at this everyday, wouldn't you wish you could fix it? Oh, right...

Part of the problem is that the Facebook app for Android is mostly rendered in HTML5. This has the advantages of making it easier to rollout updates to users on a wide variety of devices. The downside is, of course, it is impossibly slow. It's also buggy and frequently has problems syncing information. To say nothing of the lack of attention that's been paid to its interface since the sidebar was initially added. Not that many folks are clamoring for Facebook to change its interface more, but improvements are sorely needed and they happen at a very slow pace if at all.

It's unclear just how long the company has been forcing its employees to use Android phones, nor how extensively this policy is being enacted. It is clear, however, that this is an attempt to make employees care more about the Android app, which indirectly implies that it's not anyone's job to care about it. This wouldn't be a new revelation to anyone, but it does reinforce the idea that most folks within the company don't place a high priority on mobile app users. Though, now, they're being made to with the worst punishment of all: using it.

[Game Review] Jetpack Joyride Is Everything A Mobile Game Should Be, Plus Robot Dragons

HTC Proto Shows Up In Photos, Could Be A Successor To The HTC One V