Chameleon Launcher received what I would call its first "major" update today, bringing the launcher up to version 0.8.0. Naturally, you can expect performance improvements and bug fixes, but the update also brings something that users have been asking for since the beta launched: more widgets.

The new offerings in the widget department include Facebook, time, and a "switches" widgets that brings power control options to the launcher. Unfortunately, the switches aren't yet customizable, so you're stuck with a stock set of options that includes airplane mode, Bluetooth, Wi-Fi, brightness, GPS, and sync. Hopefully the Chameleon team will bring the ability to customize these in a future update. 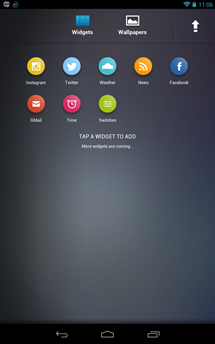 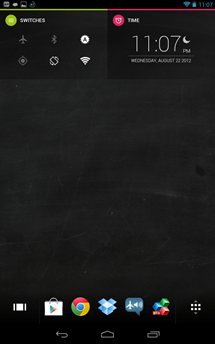 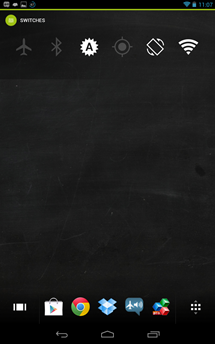 After spending a few minutes playing with this new version, the performance enhancements are pretty obvious - everything just feels lighter and more fluid.

While these are all welcome enhancements and improvements, the Chameleon team is aware that there are still some quirks, and even took the time to detail things they're still working on:

It's clear that they're working hard to deliver a stable product to the market before exiting the beta stage.

The update is available now in the Play Store to all beta testers.