The device itself is a fairly typical 10" tablet: 1.5GHz dual-core OMAP 4470, 1GB RAM, 16GB storage, Android 4.0 (4.1 OTA update is expected to roll out in "Q4 2012"). What makes this device unique(ish), however, is its magnetic keyboard dock, which ARCHOS has named the Coverboard. The Coverboard also doubles as cover of sorts (hence the name), and perfectly aligns to the tablet using a series of magnets. What's more, each tablet ships with a Coverboard in the box, adding even more value to the deal.

There will also be a few accessories available for the Gen10 XS line, such as an ARCHOS speaker dock, docking station, and carrying cases. Woo. 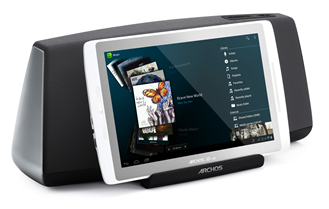 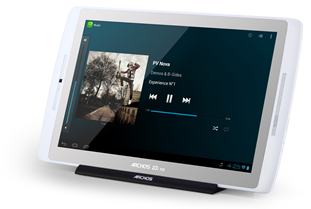 The device is slated to be released in North America around November for the price of $400. Our own Ron Amadeo has one in his possession right now, so you'll have plenty of time to mull over his upcoming review before November rolls around. And with Ron on the job, you know no stone will go unturned.