With a 1.4GHz single-core CPU, a majorly outdated version of Android, and a $50 price tag, the MyTouch Q is a hard sell to enthusiasts. (In fact, I'd bargain that literally no enthusiasts would buy it.) But as I explained just a few days ago, there's a lot more to the smartphone picture than devices that cost a few hundred dollars and can do everything short of make breakfast. A very large percentage of consumers have no desire to use their phone as a media streaming device or a mobile gaming powerhouse. They instead prefer to buy something simple that won't overwhelm them with gizmos they don't need, and save some cash in the process.

These consumers are lucky; historically, virtually all budget devices have been decidedly sub-par almost across the board. Now, though, there's a new wave of phones coming. They're a step up from feature phones in capability, but not in price. Many of these new bottom-rung smartphones are genuinely good. And after spending some time with the MTQ, I have a pretty good idea of where it falls on that spectrum. (Hint: all the way at the bottom. In fact, you'd have to expand the spectrum just to accommodate it, because it sets a brand-new low.) 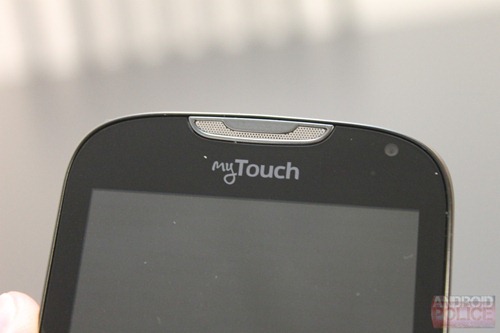 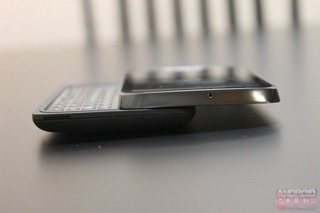 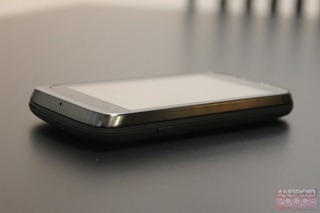 As mentioned above, build quality is really quite excellent - one of the (very) few bright spots on the Q. The soft-touch materials used on the back are extremely grippy without being sticky, and feels absolutely fantastic. The feel is even better than most flagships, which tend to use drop-prone (and cold) aluminum or smooth, hard plastic. Picking up the soft MyTouch Q is a joy in comparison. The front and edges of the screen are generic glossy hard plastic. Nothing special - certainly bargain-bin plastic, but not bad. 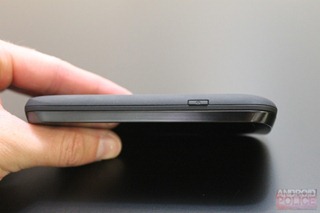 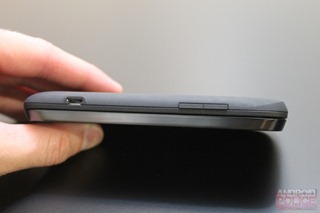 The keyboard, too, feels pretty damn good. Whereas the (also budget) Marauder had soft, squishy, papery keys, the Q's are hard and clicky plastic - also a marked step up. The mechanical motion of the slider is equally as good, though again, I'm dubious of how well it will age over two years. 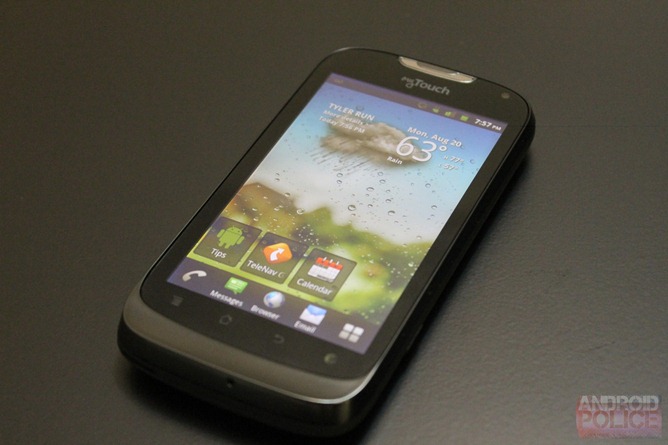 As I said with my review of the Marauder, a screen resolution of 480x800 may be very last-gen compared to the qHD and 720p displays of today, but it's really not terrible. The Q obviously packs fewer pixels per inch since it's a tad bit bigger, but you're not exactly counting pixels with either device. No reasonable consumer expects to buy a budget phone and get an HD screen, and to be honest, the people buying this phone probably don't know the difference anyway.

Pixels aside, it's thoroughly average, as you'll realize is the norm here. Black levels are probably the low point - think of the difference between the "black" of night and the blackness of a photo lab with the lights off and you'll have a good idea of what I mean. Colors are good but not great, and are otherwise unremarkable. The screen experiences serious gamma distortion even when viewed slightly off-center, but otherwise is acceptable even at extreme angles. 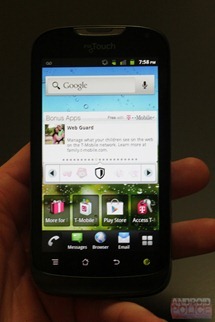 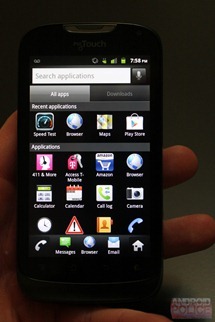 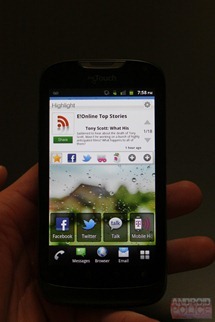 You know what makes an old, outdated phone better? Carrier bloat and mediocre manufacturer customizations. Oh, no, wait, that's how you make a shit device even worse. Gingerbread certainly wasn't much to look at 2 years ago, so I can understand the desire to slap a custom UI on top. And as I'll discuss below, it doesn't have a disastrous effect on UI performance (unlike, say, NinjaBlur). Some parts even look kinda-sorta good. 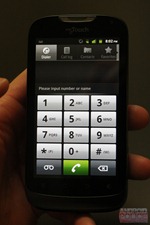 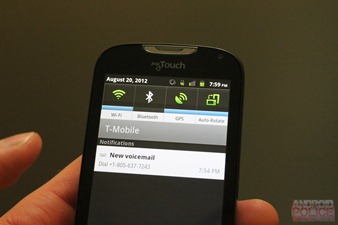 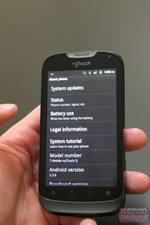 Still, on a device like this, it's best to stick to stock Android for two crucial reasons: first, it's leaner, so it will always run better and faster. On a drastically underpowered device like this, that's important. Second, because it won't slow down updates, which the Q is so badly in need of. I'm just going to go ahead and say it: if they hadn't bothered with a UI, they probably could have pulled an all-nighter or two and shipped the phone with Jelly Bean on board. Had they done so, the Q probably would be worlds better.

I've been an Android lover since Éclair (2.1), and my first Android phone (an EVO) had a 1GHz CPU and 512MB of RAM. By comparison, the Q has a 1.4GHz CPU and Gingerbread (2.3). Unfortunately, I don't even think it performs as well as a stock EVO running Gingerbread does, and it's two damn years newer. 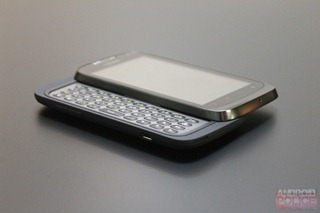 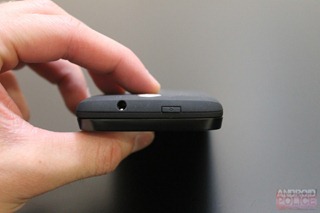 While scrolling between homescreens or across menus isn't glaringly jittery, it's not nearly as smooth as you'd find on virtually any other current-gen Android device on the market. Actions like launching apps, though, are pretty bad. Most of the time, pressing the Genius button doesn't even launch the app, even though it triggers the haptic feedback. When it does launch, it usually takes a few seconds. It's not uncommon for other apps to take about a second to load, either.

Ultimately, if you look at the MyTouch Q on its own, the performance is mediocre. If you compare it to other budget devices - even cheaper ones like the Marauder - it's rather depressing, especially when you stop to consider that people will actually buy this thing. If performance kind of sucks today, it certainly isn't going to hold up well over the next two years. 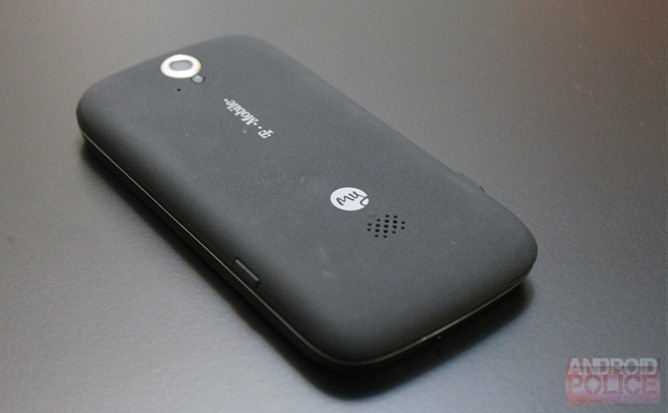 I have to admit: this is by far the shortest review I've ever written of any device, and I can almost guarantee it will remain so. Because really, how much is there to say? It's as if T-Mobile and Huawei were doing some mid-year cleaning and found plans for a phone from early 2011 stuffed in a closet somewhere and thought, "%^*& it, why not now?"

I'm not sure what's worse: that Pantech can make a phone with high-end power and a much better UX that's $50 cheaper, or that T-Mobile sells the much, much better Amaze 4G for free while this costs $50. (Not to mention that the Galaxy Nexus' full retail price is only $50 more.)

Unless you want something that's a great paperweight and can double as a weapon when walking through dark alleys, I cannot recommend strongly enough that buyers look elsewhere in T-Mobile's portfolio. Build quality aside, the MyTouch Q is an absolute disaster.

Play Store Gift Card Pages Are Now Live, 'On Their Way To Retail Stores Near You'

MetroPCS Announces The LG Motion For $150, As Well As A $55 Unlimited LTE Data Plan