Since hearing earlier this month that HTC's Desire S, Thunderbolt, and other select handsets would receive ICS updates "by the end of August," we have heard nary a peep from the Taiwanese manufacturer. Today though, thanks to an alleged leaked RUU, we have a stock Ice Cream Sandwich 4.0.3 build for the Thunderbolt (aka Mecha).

According to Administrator's post at TeamBAMF's forums, the ROM, based on a leaked RUU (and carrying build number 7.00.605.2), is said to be fully functional and fully stock, but it's worth noting that the ROM is deodexed and rooted, meaning those wishing to retain root are in luck, but if you – for one reason or another – want a strictly stock, non-rooted experience, you'll have to wait.

Check out a few screenshots of Mecha's 4.0.3 build in action: 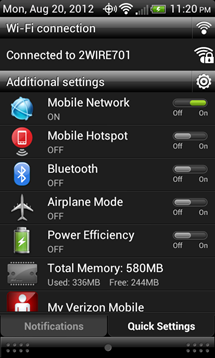 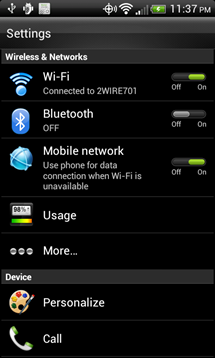 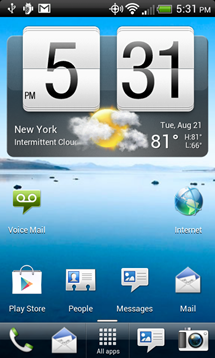 We haven't tracked down the full RUU for download just yet, but those interested in (finally) getting some (sense-flavored) ICS goodness on their Thunderbolt can grab the ROM at the link below.

UPDATE: It looks like TeamBAMF's forum/download links are down for the moment, we'll keep this post updated pending alternate links.

Taiwan's Central Bank Wants The Government To Help HTC Out - That Doesn't Mean They're On The ...