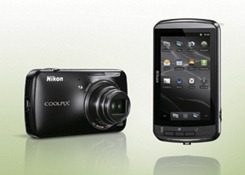 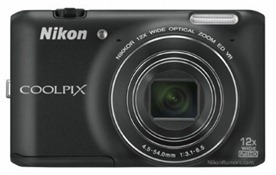 Oddly, the center image above does not match the other two. It's unclear if this means there will be a whole line of Android cameras (unlikely), if a single image of a different camera got mixed in (probably), or if the whole thing is fake (possible). Though, the one fact that lends the most credibility to these images is that the camera appears to be running Gingerbread. What self-respecting rumor monger would use a Gingerbread screenshot to get people hyped?

Then again, what self-respecting camera manufacturer would opt to use Gingerbread instead of at least Ice Cream Sandwich, which included all manner of awesome camera and photo-tweaking software? If you still really want this thing instead of grabbing the nearest flagship phone from the last year, we should hear more about this camera on August 22nd.

It looks like Nikon Rumors got their hands on the specs for this device:

While it may sound like a decent camera for a point and shoot, it's still not sounding all that great as a smart device. Uploading pictures to Facebook might be a bit easier, but it's hard to not feel like this device is missing out on all the built-in editing features of Ice Cream Sandwich.