With the 2012 football season rapidly approaching, fantasy players abroad are checking stats and prepping their teams for domination. Naturally, anyone who plays the game is going to want a way to keep up with all the happenings that could potentially affect their team. For that, there's the Fantasy Cheat Sheet, which the NFL just updated for the 2012 season. 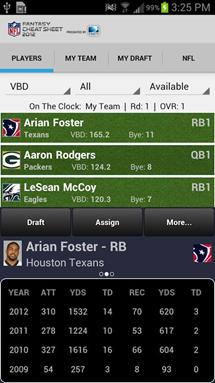 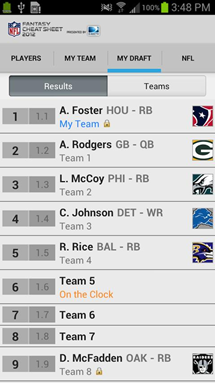 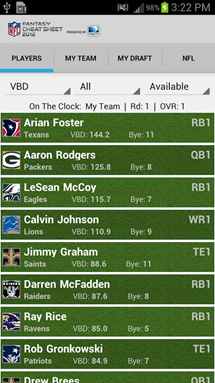 The app will not only help you through the fantasy draft, but also offers fully customizable scoring rules, configurable starter positions for your league, Accuscore integration, player stats from the previous three seasons, up to the minute news and injury info, complete NFL team depth charts, and a lot more.

If you're playing fantasy ball this 2012 NFL season, you'll probably at least want to check this app out; for $3, it's all yours.