I bet you never thought you'd read so many rumors about gift cards! Well, if our latest tipster's info is accurate, you won't be hearing them much longer. According to an internal image sent to us, the gift cards should be ready to hit store shelves on August 26th. The leak comes from internal systems at Target which, a certain eagle-eyed commenter has pointed out, would not be the first time we've seen a leak from this company. 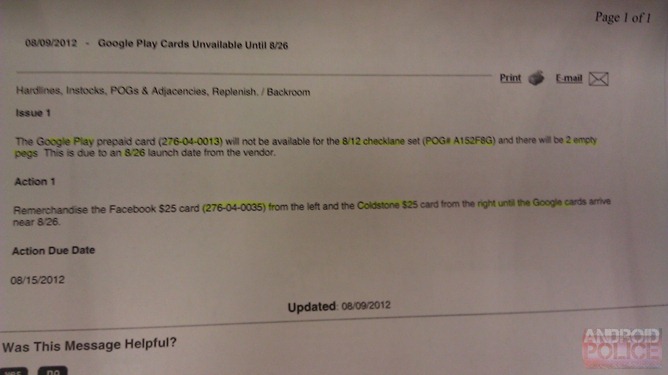 According to this information, the gift card displays should have a couple empty slots until the Play Store cards arrive. While it's entirely possible that Google intended to launch them a bit earlier—the code in the Play Store apk and the high number of leaks could raise an eyebrow—it's idle speculation at best. What is clear is they should be arriving sooner rather than later.