The day is here, people: CM10 nightlies will begin rolling out this evening. CyanogenMod took to its Google+ page just a short while ago to share the good news, along with a shortlist of device that should see a build later this evening: 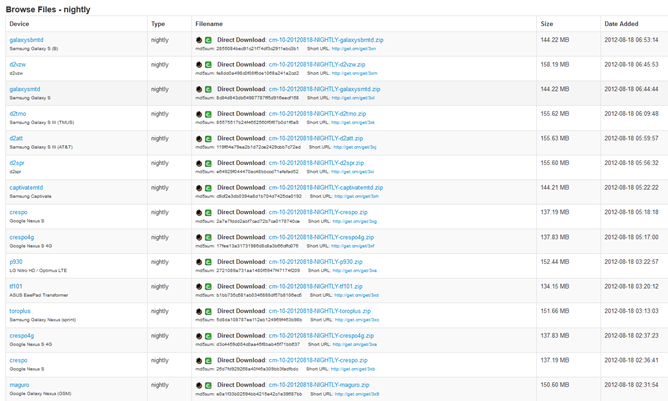 It was also noted that this isn't the full list of devices that will see the first builds tonight, so if your device isn't there, don't stress just yet.

For those devices that won't see CM10 nightlies right away, the CM team will still provide CM9 builds, but they will be moved to weekly status (as opposed to nightly) for the time being. This is, of course, only temporary until those devices have been merged into the ICS branch and development of CM10 has begun.

We'll make sure to let you know as soon as the CM10 builds start rolling out later today. Yay!