Well, well, well, look at what Motorola has done today: it released the long-awaited, often-promised bootloader unlock tool! Unfortunately, the site doesn't appear to be finished just yet, as some of the more important parts - such as FAQ and Supported Devices list - are currently kicking back a "permission denied" error. Boo!

Update: The list of devices initially supported by the unlock tool has been published. Here it is:

Motorola is promising to unlock more devices in the future. 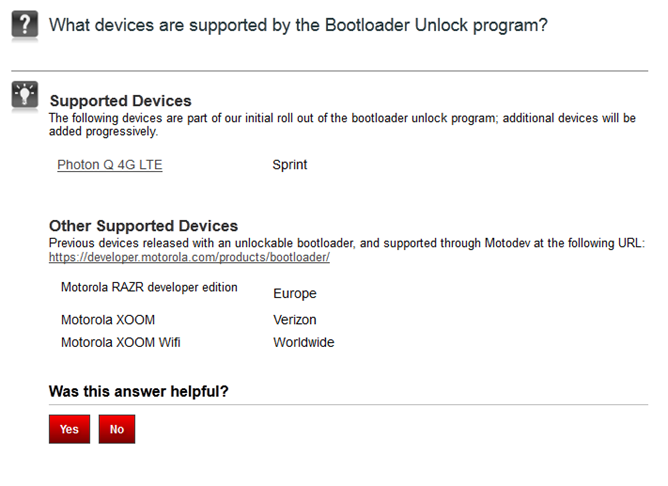 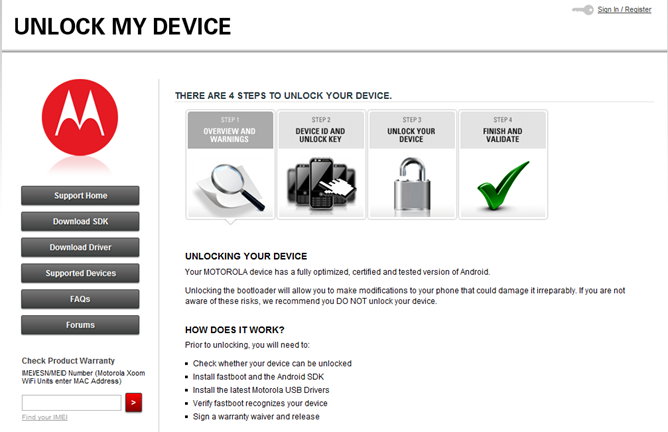 What we can see, however, is how the process works. For starters, you'll need fastboot and the Android SDK installed before you start the unlock process. And of course, the site is laced with warnings and disclaimers that the process will void the warranty, yada yada yada. We know the drill, Motorola.

While the supported devices list is null at the moment, we don't expect this service to be backwards compatible with existing devices (though it may be - there hasn't been official word at this point). With that said, we already know the Photon Q will be the first device to have support for the unlock tool, and all devices moving forward should also have the feature.

While we wait for the service to get up on its feet, feel free to go poke around on the site and drop us a line if you find any goodies.

Motorola Announces September 5th Event With Verizon, The RAZR HD Is Probably, Finally Upon Us Google's Motorola Files New Lawsuit Against Apple At The ITC, Seeks Import Bans On Pretty Much ...