The newest update to the post-apocalyptic zombie-infested first person shooter Dead Trigger landed in the Play Store early this morning, bringing with it a slew of new content, including the "reward" that Madfinger teased in the previous update.

As you can see, this update doesn't skimp on new features and content to keep the game going, even for those who have reached higher levels. 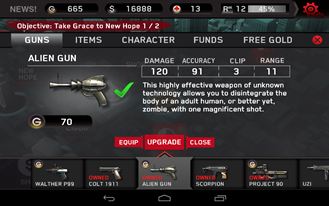 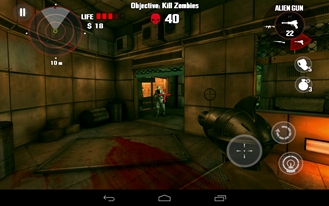 The reward for those who bought the game during its first three weeks in the Store is actually pretty nice, too: a bit of gold, some casino chips, and a fun new weapon that basically vaporized zombies where they stand. For those who didn't pick up the game before it was free, don't fret - the Alien Gun is available for a small amount of gold in the shop.

To grab the game, hit the widget below.