It's no secret that most of us hate cables. We want wireless sync and charging. Wi-Fi. Bluetooth. NFC. The list goes on and on. Why then, would we settle for earbuds that remain physically tethered to our device? We wouldn't. Unfortunately, Bluetooth earbuds aren't nearly as commonplace as their wired counterparts, and they oftentimes costs thrice as much (or more). Still, if you just can't stand the thought of using a wired set of 'buds, it's really your best (and only) option.

Enter a new offering to the Bluetooth earbud arena (available for pre-order now, should be in stores early next week): the Phiaton PS 210 BTNC (MSRP $160). Yep, that's a lot of seemingly random letters and numbers, but it actually breaks down like this: the PS 210 is a set of premium wired half-in-ear buds from Phiaton, so the BT stands for, you guessed it - Bluetooth. And the NC? Noise-Cancelling. Basically, these buds are a Bluetooth, noise-cancelling variant of the Phiaton PS 210s. Now that we've gotten that all-important explanation out of the way, let's get down to the details. 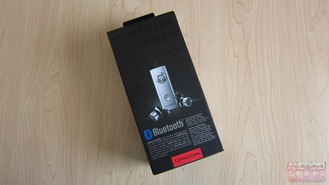 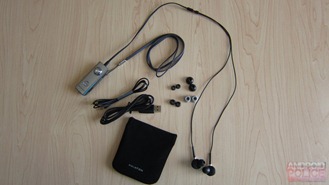 The Phiatons take a different approach to "wireless" than some other Bluetooth headsets we've seen, which is both a plus and a minus. First off, they forgo the extra-large earpiece in lieu of a clip-on remote style. This keeps the buds small and comfortable, and the controls easy to access. At the same time, however, it also adds around 20" (or thereabouts) of cable. With that said, this additional cable has definitely not been bothersome to me during my time with the PS 210 BTNC. 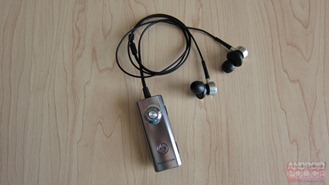 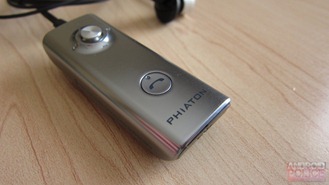 The in-line remote/Bluetooth receiver is both lightweight and functional. It offers all the standard controls: volume up/down (which is independent of the device's volume), track forward/back, power/lock, and a noise-cancelling toggle switch. The backside of the remote features a clip so the unit can be attached to a backpack, shirt, jacket... whatever. If, however, clipping it down isn't practical, it also ships with a neck strap that can easily be attached to the device, allowing it to be hung around your neck instead. This is how I wear it most of the time, as I generally use these buds while cycling, and clipping the receiver to my shirt simply isn't ideal.

Along the bottom of the unit is a regular-sized microUSB port used for charging, which is excellent because it doesn't require some weird proprietary cable. Next to that is what could be one of my favorite features of this headset: a 2.5mm output jack so you can plug the included audio cable in and keep the music going even after the battery is dead. I say "could be" because there's a problem with that: the 2.5mm jack only allows for mono output. That means you only get audio output in one ear. Um... why, Phiaton?

Update: It turns out the that "mono issue" mentioned above was only a problem in the first generation of this headset. All current retail models are capable of producing full stereo sound from the 2.5mm jack, so go ahead and let 'em die! You'll still be able to get full sound while using the included cable. Just to verify this, I spent some time with a newer model headset  - the sound is virtually indistinguishable as a wired headset from wireless. Awesome job, on the update, Phiaton. Very practical.

So, now you know how they look and function, but there's an aspect to any headphone/earbud that can't be overcome by all the practical design in the world. That, of course, is sound quality. I'm pleased to say that the sound quality has easily surpassed any expectations I had prior to putting them in my ears for the first time. As most of our regular readers know by now, I don't really listen to dubstep, techno, trance, dance, etc., but I can say that the low-end is not only noticeable, but also clean and uncompromised with these buds. The highs are audibly perfect, and the mids are sharp and crisp. Overall, these sound fantastic; no amount of distortion (granted, I like my eardrums, so I didn't crank them to max volume to check for distortion) or muddiness at all. I can honestly say that I love how these sound.

The noise-cancelling feature also works as advertised: Phiaton claims they can block out up to 95% of ambient noise, and I'm inclined to believe that (for the most part, anyway). Noise-cancelling isn't a feature that I hold in extremely high value on any headset, but there's no denying the audible difference when it's on with the PS 210 BTNC. 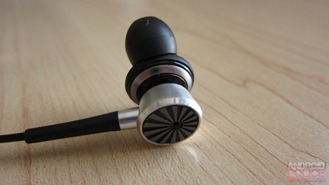 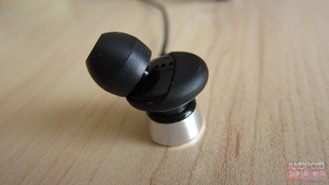 Then there's the question of call quality: is it good? Again, I came away impressed. The last set of Bluetooth earbuds I reviewed were basically unusable for voice calls, so I didn't expect much. And I was pleasantly surprised. Calls come through clean and the other party was able to hear me clearly (even while I was on my bike, which was impressive). There really isn't much more to say about that; call quality was good, even under less-than-idea conditions.

But what about comfort? Fortunately, Phiaton realized that not everyone has the same needs when it comes to fit and feel. Thus, they threw in a handful of various tips in the package, included some rather nifty memory-foam-type cushions. All the usual suspects are present here: a couple different sizes that I would call small, one pair of medium (on the headset out of the box), a set of large, and the aforementioned memory-foam cushions. There should be something in the box that will fit everyone comfortably. 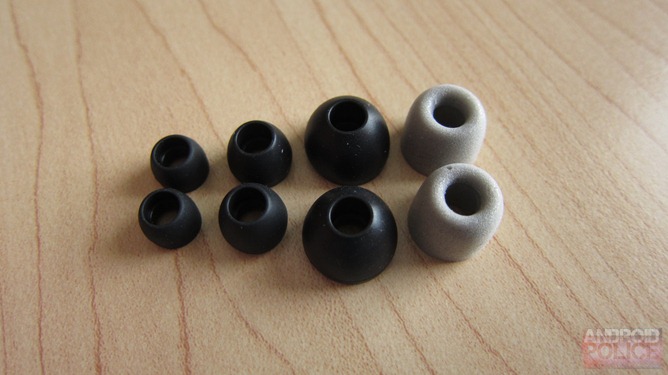 As I previously mentioned, I usually wear this headset while riding my bike; ergo, a good, snug fit is very important to me. For those who don't know, I live in Texas, and I'm glad to say that the buds stay in my ears with very little adjusting even when I'm dripping with sweat from a 10+ mile ride in 114 degree heat. Yet another feature that I am extremely impressed with.

Finally, there's the topic of battery life. Phiaton claims that this headset can get around 12 hours of playback time, and I'd say that's pretty accurate. I use them for about five to six hours per week while cycling, and only have to charge up about once every two weeks. Thus, 12 hours is pretty much dead-on.

If you haven't already guessed, I really like this headset. They're comfortable, functional, practical, and they sound good. I don't know about you, but I can't think of anything else I want out of a set of earbuds - wired or not.