Well, well, well, what have we here? It's one of those upcoming Play Store gift cards we discovered yesterday and saw earlier today. This specific one was purchased at a local Turnersville, NJ Target by one of its employees. The kicker? He claims they are just hanging out in bins next to the checkout counters waiting to be put up on one of those gift card walls. Anyone shopping at the store can grab them from the pile, purchase (the system already allows it), and give them a new home.

Here, check it out: 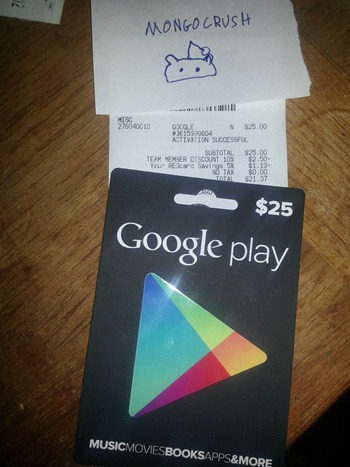 Now for the best part. The code from this gift card is now in our full possession (thanks, Mongocrush!). "But how can you test it out if the Redeem page is not live on the web or the device Play Store yet?" you may ask. And that would be a fair question. Turns out, there is a way, which I discovered while plowing through the new 3.8.15 Play Store APK yesterday.

So, did redeeming the code work? You betcha. Have a look yourself (the initial $0.10 in my Play Store balance were left over from the $25 Nexus 7 bonus money): 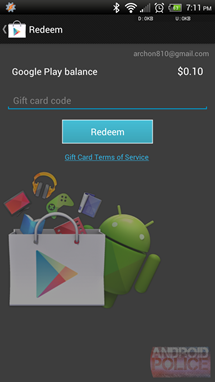 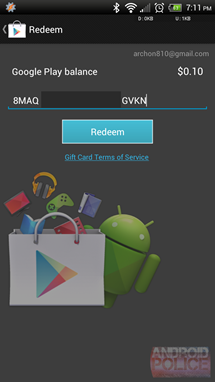 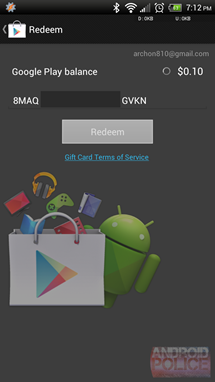 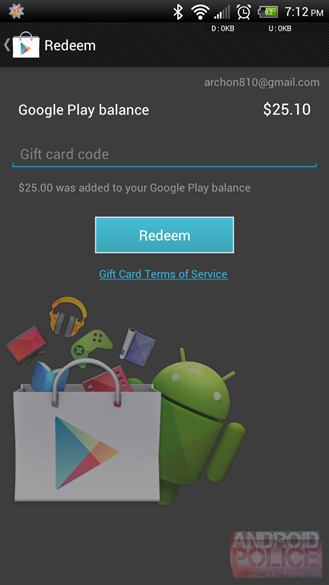 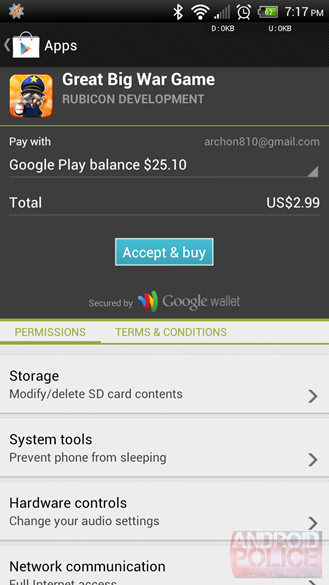 Update: Unfortunately, the tipster confirmed that there doesn't seem to be an NFC tag embedded on the gift card itself, so you can't scan it with an NFC-enabled device and get it automagically added to your balance.

Now, we don't know how many Targets are selling these bad boys early (this is your cue to check some local stores and tell us), but what we do know for a fact is they can already be redeemed. Definitely exciting stuff.

By the way, in case you were wondering, these can't be used to buy devices from the Play Store, at least for now. It's possible that this "Unsupported payment method" message comes up because I don't have enough funds, in which case it'd be quite misleading, but it's much more likely that the balance can only be spent on digital goods. 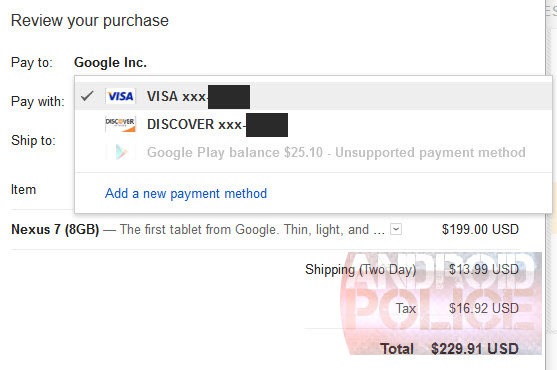 Thanks, Mongocrush (for sending the code so quickly and buying the card in the first place)!