So Adobe's Flash for Android has gone the way of the dodo, and it can no longer be  downloaded from Google Play. Many users have already made sure to keep a backup of the APK handy for the odd occasion when a video is still only available in Flash form (I'm looking at you, Zero Punctuation). But what id you lose your device, or accidentally wipe your SD card, or forget how Dropbox works? Thankfully ROM developer and modder extraordinaire Paul "Modaco" O'Brien has made a work-around and posted it to the Play Store. 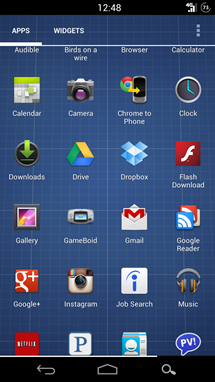 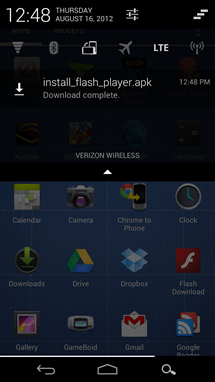 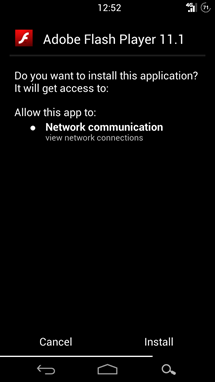 Flash Downloader is ridiculously simple: once installed, it adds a shortcut to your app launcher. Tap the shortcut, and it downloads the latest (i.e. last) Flash Player APK from Adobe's servers. Install the app via the standard non-Market method, and you're good to go. Of course there's no official support anymore, and as Android progresses Flash Player will probably get less and less stable - it's already incompatible with Chrome. Also, there's nothing stopping Adobe from deleting the file from their server. At which point you'll just have to search for the APK manually.

[New Game] Avoider Is A Puzzle Game That Challenges You To Move Colored Squares In Tandem, Is ...