Are you the kind of obsessive-compulsive shutterbug that has to know exactly where and when you found the perfect pair of hipster glasses? Then Instagram's update is aimed right at you... for better or worse. The biggest update to version 3 of the Android app is the Photo Maps feature, which places all your photos on a selectable Google Maps overlay, assuming that you tagged their location when you took them. Because you can never add too much contextual information to a picture of a taco truck. 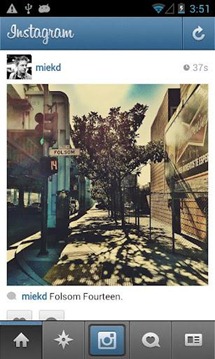 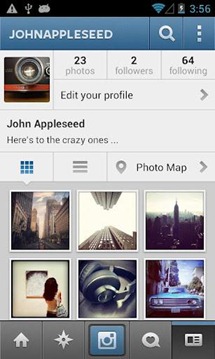 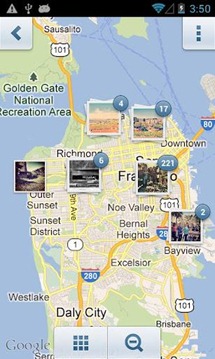 Other additions include some usability tweaks to the Profile page, though the rest of the application pretty much apes the ubiquitous iPhone version. You can also add longer captions to your photos. It's still a pretty poor Android implementation - for example, Instagram uses a separate page for sharing to social services instead of the Android API call. For a surprisingly great social photo app, check out Pinterest's brand new Android version.