So you love QWERTYs. We get that. Apparently, so does Sprint and Motorola, because last month they announced the Photon Q, which is probably the most powerful QWERTY slider on the market right now.

Hopefully you haven't already pre-ordered through Sprint, because Wirefly and Let's Talk just dropped the pre-order price by $50. That means you can get this keyboard-packing LTE slider for $150 instead of $200. That's not a bad savings for a phone that hasn't even been released yet.

Of course, if you're considering jumping to Sprint from another carrier, you may want to take advantage of the current "add a line, get a $100 AMEX giftcard" deal going on exclusively through The Now Network, instead. 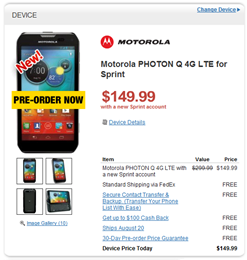 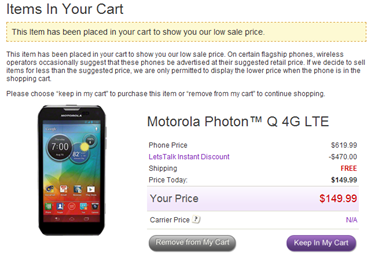 If this is your next phone, hit the appropriate link below to pre-order.

Verizon Bringing LTE To 34 New Markets On August 16th, Expanding In 38 Others