This is a big deal, though. And it's a big deal because of the names in the headline above - quite literally most places where Americans buy things have come together to create a mobile wallet system. But it's not just Target, Walmart, and Best Buy. Sunoco, Shell, and Alon are on board, which I think is pretty significant. There is probably nowhere Americans hate taking out their credit cards more than at the gas station. The machines are slow, dirty, and sometimes just don't work. Tapping your phone against the pump could be the thing that gets the mobile payment "behavior" ingrained here in the US.

Along with the already-mentioned companies, 7-Eleven, Publix (a major pharmacy and grocery chain in the Southeast), CVS, Darden Restaurants (Red Lobster, Olive Garden, LongHorn and more), HMSHost (they run most stores at major airports), Hy-Vee (a major grocery chain in the Midwest), Lowes, Sears, Michaels, and more are all on board. The members of this group account for over $1 trillion in sales a year around the world. 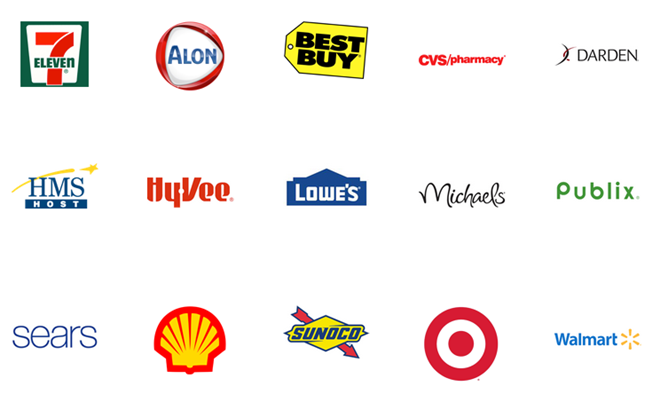 Suddenly, ISIS's $100 million in funding from the US's major wireless carriers doesn't look so scary. And in the end, it really is about the machine that retailers want sitting on their checkout aisles, and it appears the US's two largest general department stores have decided they want it to be their machine. No "Mobile Payments Committee" can change that.

While major retailers like Starbucks have hopped on with things like Pay With Square (Walmart even sells Square readers), it's easy to see this mega-mobile-payment-alliance having a snowball effect on the industry. Then again, carriers may just refuse to play ball with MCX, much as they have with pretty much any other mobile payment system using NFC.

But MCX's official press release never mentions NFC. Which is interesting, given how much of a buzzword (buzzacronym?) it's become of late. As close as they get to discussing what it actually is comes in this sentence:

Development of the mobile application is underway, with an initial focus on a flexible solution that will offer merchants a customizable platform with the features and functionality needed to best meet consumers' needs. The application will be available through virtually any smartphone.

So, we know it's an app. And we know it's going to work at all these places. According to MCX, every American with a smartphone visits one of these places at least once a week. That's the real kicker here - no American will be able to escape the MCX partnership "web." You'll encounter it, and if it starts becoming common enough to be convenient, you'll probably start using it.

As is typical of such services, MCX has also promised special offers and loyalty rewards as part of the platform. And if there's one thing that people like, it's saving money.

Could saving $2 on a 36-pack of Bud Light at Walmart by paying with a smartphone be the revolution that turns the still-young mobile payments industry on its head? I wouldn't be surprised.