In something of a surprise, it appears Samsung has already been hard at work on preparing the Android 4.1 Jelly Bean update for the Galaxy S III, as evidence by this YouTube video posted by AndroidMX. The build is labeled as i9300XADLG4. It's definitely looking legit, and while the visual changes to the Galaxy S III in Jelly Bean seem minor, there's no doubt that many owners of the device are absolutely chomping at the bit for access to Google Now in its full, un-ported glory. First, the video (warning: it's long and highly repetitive):

Now, here are a few screencaps we managed to grab: 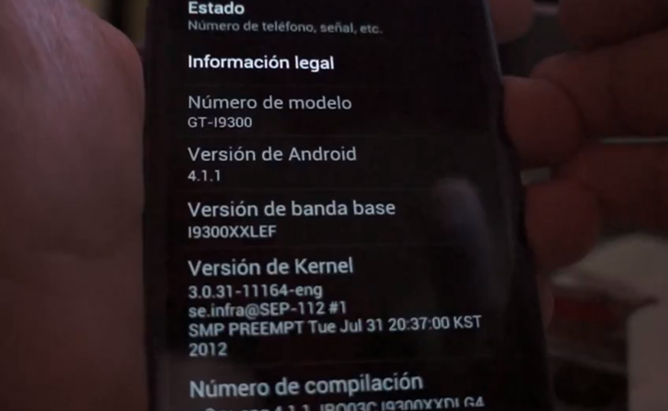 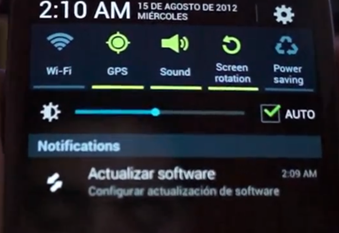 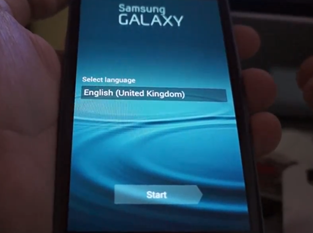 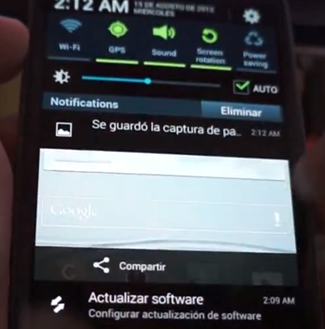 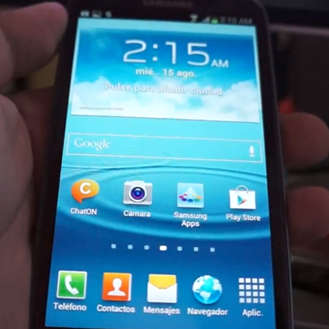 One thing you may notice is the revamped notification bar, which incorporates some of the new actions found in Jelly Bean like the instant sharing option for screenshots. Expanded notifications in general are also present. To compare, here's a shot of the SGSIII's current notification bar: 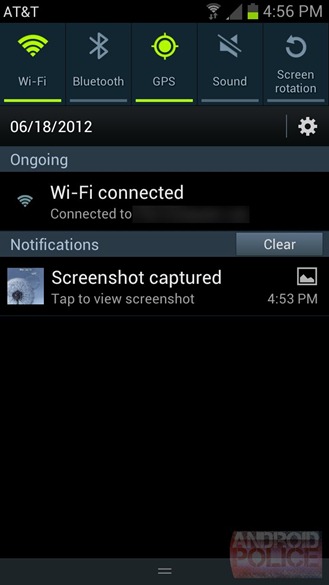 As you can (hopefully) see, the changes aren't insubstantial. The fact that Google did a pretty much full-on revamp of the notification bar in Jelly Bean is probably the biggest reason for the differences we're seeing, though. The video also demonstrated Google Now, fully functioning, albeit in Spanish.

While this doesn't shed much light on when Samsung's Jelly Bean update for the Galaxy S III will be arriving, it does seem to confirm that they're working expeditiously to get it out there. Considering the polish and smoothness of this build, it can't be too long before we start seeing leaked OTAs popping up on various corners of the web.