A few weeks ago, UDS offered a deal to Android Police readers for a silver Capta and three PuGoo pads for $30. By now, the bulk of you who ordered have probably received your goodies, and some of you may already be looking for new ways to use Capta. We already know that it makes an excellent accessory to attach your phone to a tripod, but it also makes an awesome dash mount in the car.

But how? you may be asking. Allow me to explain.

Back at the beginning of July, we took a look at the Arkon Dash mount with Friction Pad. Arkon also has another similar type of dash mount, only this one is designed for cameras. You already see where this is going, don't you?

Basically, using the Friction Pad from the previous Arkon review combined with the windshield/dash mount for cameras, Capta makes an amazing on-dash solution for mounting your phone. Its strong grip keeps the phone in place, and the entire setup is versatile enough to hold the device in a few different positions. 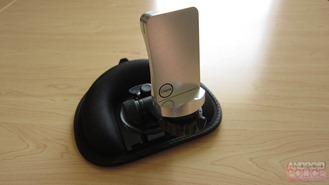 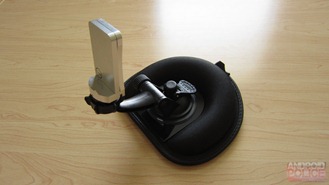 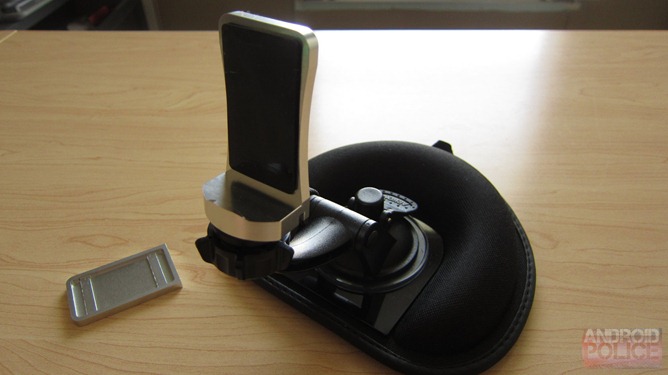 The camera mount works a lot like the previously reviewed dash mount: it features a suction cup that will adhere to the windshield, friction mount, or any other flat, smooth surface. It also has the added benefit of fewer moving parts than the dash mount, so there are less things that can go wrong with/break on this particular mount, while still offering just as many useful positions by simply flipping the arm upside-down. 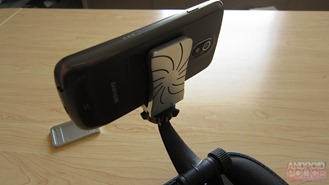 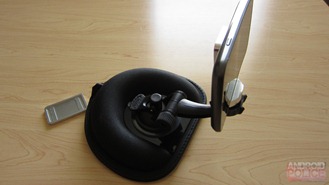 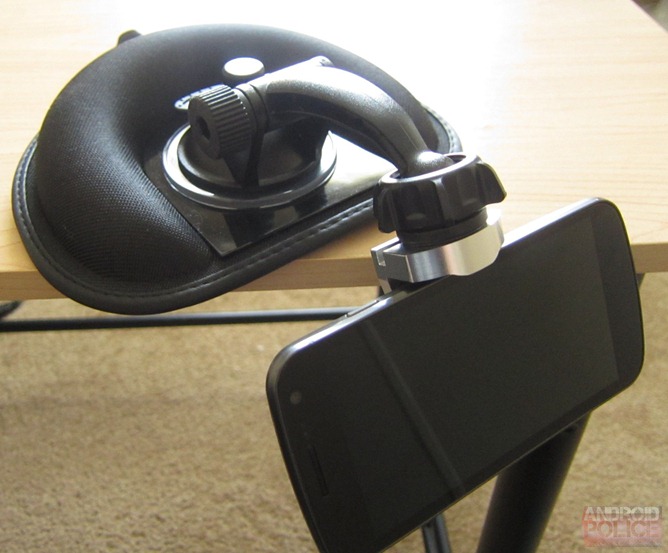 The best part is that it's a fairly affordable solution, given the amount of versatility it provides (remember, you can also use the mount with your camera if you want): the friction and camera mount combo is only around $18 from Amazon. If you already have Capta, that just another way to make good use on your initial investment. Hit the link below to buy.

Verizon Is Almost Ready To Roll Out ICS For The Motorola Droid 4, Global Roaming Tags Along