The market for portable Bluetooth speakers is growing more competitive by the day, with various manufacturers spitting out the rectangular prisms in a wider variety of sizes and price points. But generally, this increasingly common accessory comes in one of three form-factor flavors.

First, you have the Jambox-sized devices. Definitely carry-aroundable, but not necessarily something you'd keep in your bag all the time. Then, you have the not-really-actually-portable, but "portable," Bluetooth speakers. Yes, it's wireless, and you could probably fit it in a suitcase, but it's not something you'd travel with, let alone carry around on a regular basis. Stuff like the Jambox Big or Supertooth Disco. Really, these speakers are only portable with planning, the sort of thing you'd use for providing the tunes at a party, or a day at the beach - they're more more new-age boombox than personal audio system.

Finally, you have the itty-bitty guys. Some of these are ludicrously small (see this Satechi), but most are just marginally more pint-sized than the Jambox, which is pretty petite to start with. The Beacon Audio Phoenix falls into this group. While slightly taller and significantly deeper than the Jambox, the Phoenix is less than half the size across, giving it roughly the footprint of a big Rubik's cube - about 3 inches tall, wide, and deep. 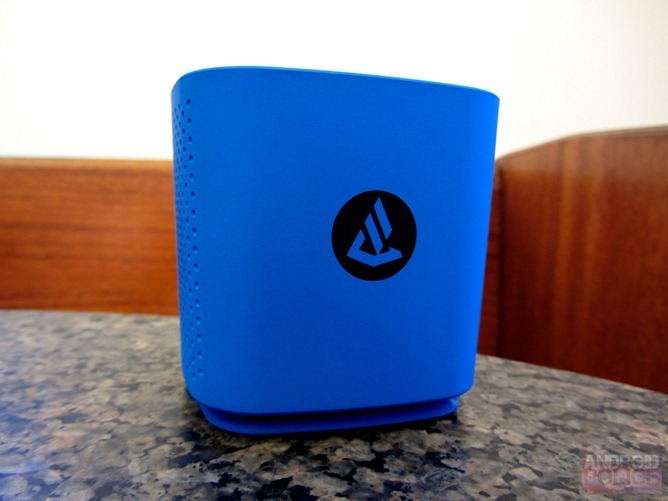 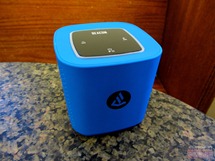 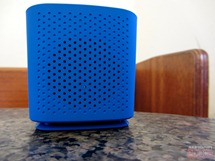 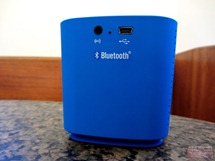 So, it's definitely a lot easier to stuff in a backpack or a messenger bag on the go, and takes up less physical space when in use. It's also just sort of effing adorable (it received my girlfriend's seal of approval), and comes in black, red, or the eye-catching, almost neon blue you see above.

Ergonomics and practicality aside, though, how does the Phoenix perform? At $99, it lands in the slightly more modest end of the price spectrum for such products, but I'd say the Phoenix can in many aural respects go toe-to-toe with some of its more well-to-do competitors.

The Phoenix puts out pretty crisp audio (noticeably better than the Jambox for mids and highs), with very little distortion at high volumes in the mid and upper frequencies. This is pretty rare for a Bluetooth speaker at this price point, and is probably in part owed to the quality of construction and aural characteristics of the Phoenix's enclosure (more solid = less rattling / tinny-ness). The speaker layout is probably playing its part, as well. Either way, the sound you're getting is consistently clear, even at maximum volume. At max volume, you get a device that can easily fill a small room, but I wouldn't count on it for much more than that. With a device like the Jambox at max volume, you may get noise that's a little louder, but at that point, it sounds a lot worse. The channel separation on the Phoenix is also a lot better, owing again to that non-traditional speaker layout. 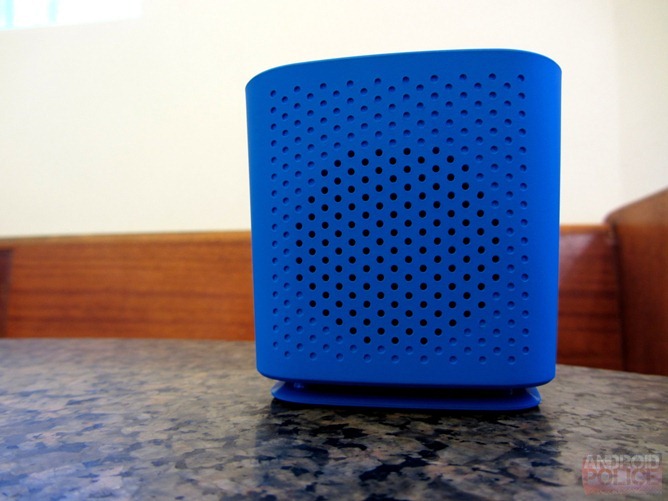 The Phoenix is also one of a growing number of Bluetooth audio playback systems that supports the apt-X audio compression standard through Bluetooth. It's miles ahead of the old A2DP audio standard for Bluetooth in terms of quality (apt-x is the equivalent of 352kbps audio at 16-bit). Your transmitting device must also support apt-X to take advantage of this (GS3, One X, not Nexus 7). The thing is, on a speaker like the Phoenix, the difference is going to be almost negligible between standard Bluetooth A2DP and apt-X for most people. The one thing I notice is that apt-X has discernably better dynamic range (various sounds don't "blend" together as much), but beyond that, the Phoenix's speaker drivers are the real limiting factor here.

The bass is the big letdown, and I'll tell you why: this thing's tiny, and there's no real room for a passive subwoofer setup in that cube. Maxing the volume on a bass-heavy track shakes the damn thing so much that it actually starts to slide around, even on a surface its rubber feet can grip. That said, it doesn't get the awful buzzing thing happening that many portable Bluetooth speakers do when you try to up the bump-factor.

Beacon promises 8 hours of playback from the 850mAh battery in the Phoenix, and that seems like a somewhat reasonable figure. Frankly, I don't have the time or attention span to keep a journal on how much playback time I've gotten from a portable speaker. So, my advice? Expect a playback time of something slightly less than 8 hours. Need more than that? Don't buy this.

Oh god they're awful. Like really, really bad. I've used some bad controls in my time, but the Phoenix uses a single-piece button that can be pressed in one of three directions that sits on top of the speaker, with long-presses doing one thing, and short presses another. 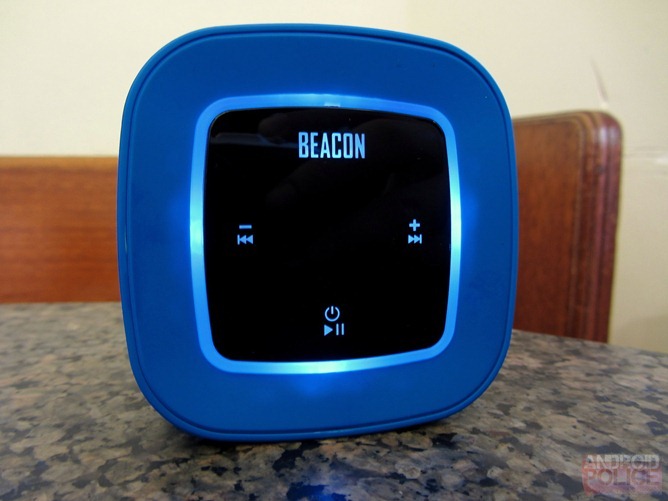 Long press to turn it on and off, short press to pause. Long-press for volume controls on the left and right, short-press for track controls. The volume controls are a nightmare to operate, half the time when I want to turn up the volume I accidentally skip to the next track. Is it the end of the world? No - most people will never use the on-device controls for anything but turning the Beacon on and off, and initially maxing the volume on the first use.

One more gripe - you have to hold down the power button for an absurdly long time to turn it on. Like, 5 seconds. Why?

It connects via Bluetooth (with apt-X support) or 3.5mm stereo in. Both of them work. Not much else to say there. 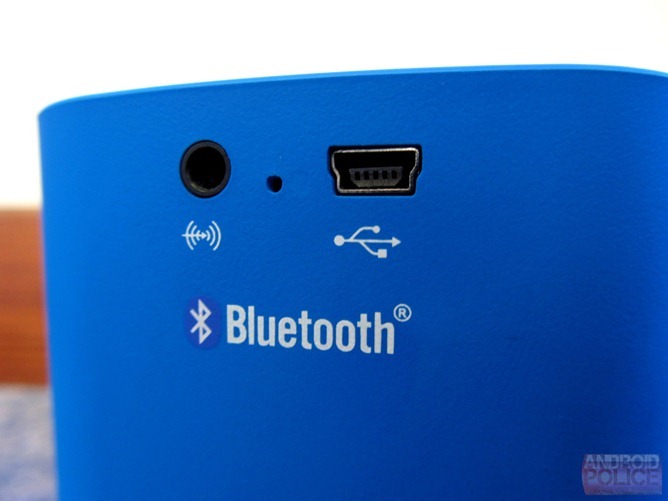 Come on, you can't not like how this thing looks. It's so quirky. I asked a few people what they thought it was and they had no idea, which certainly says something for the design. Build quality actually seems very strong, the soft-feel matte finish plastic doesn't come across as cheap. It also doesn't come across as super-premium, but who would expect it to? The Phoenix feels solid, more solid than I thought it would. There's also the neat little platform the whole enclosure sits on, to increase speaker isolation (and allow some bass out). 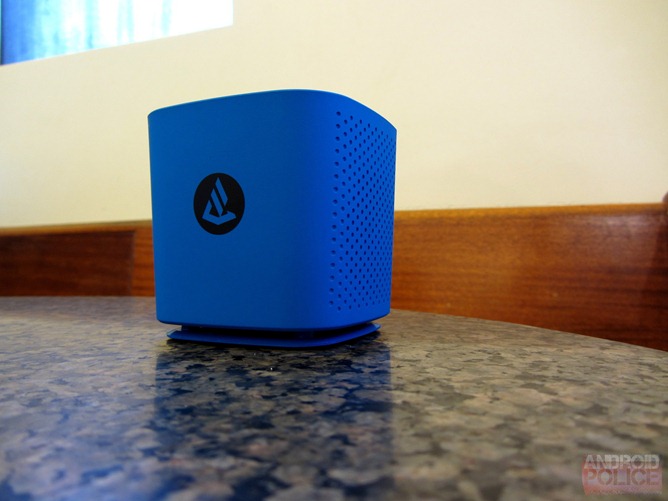 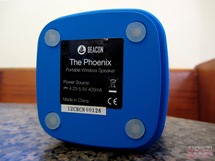 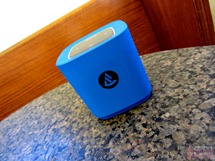 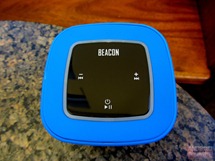 The two problems with build quality I did find are the control button on top and the rubber feet. For 10 minutes, I tried to turn the volume up on the Phoenix, holding down the correct button, to no avail. Eventually I just pressed (a lot) harder, and it worked. I still have to press much harder to get the volume to go up compared to down, so I'm guessing the button mechanism on my review unit may be a little bit defective. The rubber feet are the same ones you can go down to your local hardware store and glue to pretty much anything, when / if one of them falls off, you're kind of screwed.

OK, so whenever I review a product (after I've formed my opinion), I oftentimes search around various other critics' reviews to see if there's any other advice or information that I may have forgotten to mention that you, our readers, might find value in. This is one of the times when I did.

The Phoenix speaker is based on an older Satechi model called the ST-66BTA Audio Cube (see on Amazon here). That device costs $40 currently ($70 MSRP). I'm sure you can already see the striking resemblance.

Some helpful commenters at Engadget actually caught this, and in response, Beacon Audio had this to say:

The other device mentioned in this review is in fact sourced from the same manufacturing partner, but is a version that was produced from an outdated platform. In order to meet the company's strict quality control standards, Beacon Audio made improvements on the original product before it could be branded and sold as the Phoenix. We made the device look better, play longer and sound better. We also stand behind the updated product with a 1,000 day warranty. The quality overhaul and brand guarantee results in a finished product that has received amazing reviews and consumer excitement. Furthermore, Beacon Audio has obtained the exclusive U.S. manufacturing rights for this product moving forward. We anticipate the discounted & antiquated version will disappear from the market shortly.

This leaves us in a bit of a jam. Is the Phoenix just an up-priced, more stylish version of the Audio Cube? Beacon clearly claims it isn't, and from what they're saying, that doesn't really matter - the Audio Cube will soon be no more, since Beacon has the exclusive manufacturing rights, and that means the Phoenix will no longer be competing with its proto-self.

In terms of actual differences, my guess would be that the Beacon version contains a newer Bluetooth chip that supports apt-X, for one, and probably boasts higher quality enclosure materials. It also, presumably, contains a larger battery. The 1000 day warranty is pretty neat, and it's something you rarely see in the audio accessory industry.

I'm sure Beacon wants to distance itself from the Audio Cube at all costs, but I'm not here to sweep dirt under the rug. So, is the Phoenix worth the markup? That's probably up to consumers to decide, and probably only for a short while longer, because soon the Audio Cube will dead.

Honestly, I think the Phoenix is worth $100, especially considering Beacon's confidence in its longevity, and the quality of the sound it puts out. If you buy a Phoenix, you'll very likely be happy with it (except for those controls), and that's really what matters, right? And around this price point and size, I can't think of something that sounds better than the Phoenix. It does what it promises, and it does it very well. 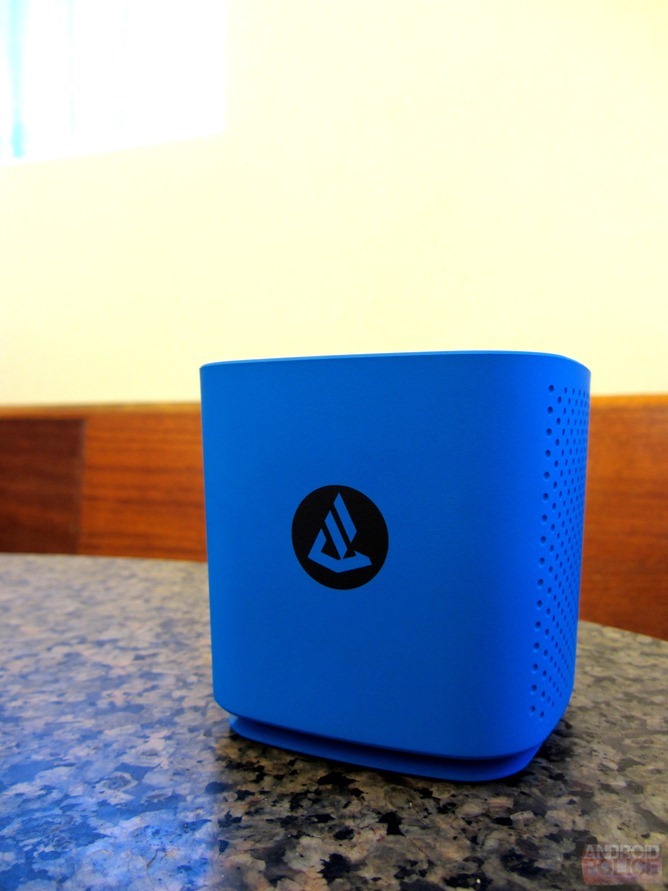 [New App] 'Gmail Canned Responses' Brings The Desktop Functionality Of The Same Name To Your ...