It's a good time to be an Android gamer - three respectable game developers have just slashed the prices of their games to less than $1 (up to 85% off) in a wild summer sale.

First up, Gameloft's 3D MMORPG Order & Chaos has seen its price reduced to $0.99. This is a pretty significant sale considering it usually costs $6.99, and it seems like a viable option for MMORPG fans, as evidenced by its current 4.25-star rating on the Play Store.

Next, G-Gee's old-school side-scroller, King of Fighters, is also on sale for just $0.99 (previously $4.99). While its device compatibility is still a bit weird (though likely a bit better than at the time of the game's release), the game itself looks pretty interesting. If it's compatible with your device, give it a spin below - Artem found the game quite fun.

And last but not least, Demolition Inc. HD (as well as THD), Zeroscale Games' "charming destruction-based puzzler," was the third game to see its price drop to $0.99 from $1.99 (and THD to $1.99 from $3.99). While our own Ryan Whitman found some parts of the game a bit frustrating, its impressive physics and random moments of fun probably warrant a $0.99 purchase. 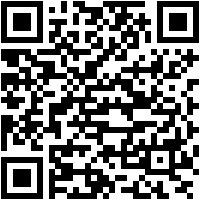