In a maneuver that the New York Times describes as "an effort to give economists, policy makers, business owners and citizens greater access to real-time data on the health of the nation's economy," the US Census Bureau recently released its America's Economy app to Google's Play Store.

The app, which is available in separate downloads for tablets and phones, gives users a quick look at a wide range of economic indicators, from business inventories to construction spending, homeownership rate, monthly wholesale, and a heaping handful of others. As one reviewer laments, however, the app does not offer some important indicators like labor force participation rate. 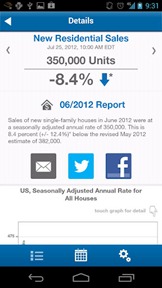 "Number junkies," or those otherwise inclined to obsessively follow economic indicators, will likely find the Census Bureau's Play Store contribution to be an indispensible source for fast, easy glances at major economic statistics. Besides just looking at numbers, users can share statistics via Facebook, Twitter, and e-mail, view trends, release schedules, and even set up extremely handy notifications for individual indicators and custom views.

It's worth noting that while the app is available in tablet and phone variants, only the phone version works with the Nexus 7, at least for now. To start ogling, crunching, or otherwise enjoying quick access to major US economic indicators, just hit the appropriate widget below. 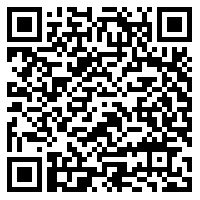 [New App] NFL Preseason Live For Tablet Scores One Of The Lowest Ratings In The Play Store, ...