Are you ready for some football?! If you have $20 and a high tolerance for irritation, the new NFL Preseason app for Android tablets is out and ready to accept your cash. The fee is actually for a subscription to the online preseason coverage, which can be watched in a web browser. Judging by the early reviews of NFL Preseason Live for Tablet, that might be where you want to watch it. 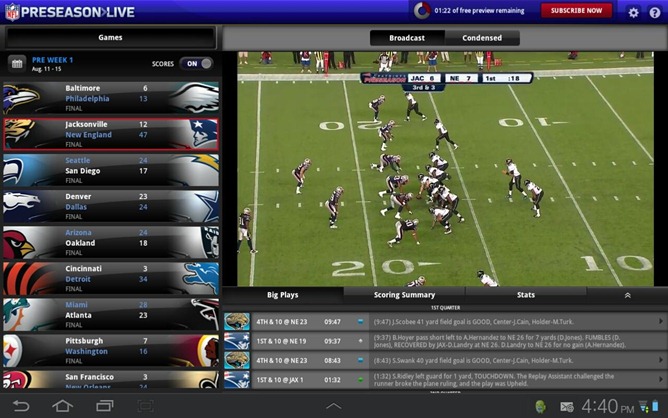 NFL Preseason Live is only for tablets at this time, but you can install it on anything 7-inches or bigger. The preseason app has the full preseason schedule as well as the full catalog of games. You can watch live or stream the things you missed with big plays marked so you can get through the game faster. The interface is very heavy on gradients and looks fairly horrible. Some of the buttons also look suspiciously like iOS image assets. 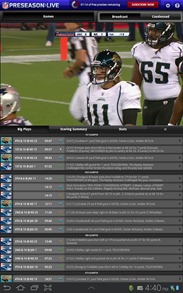 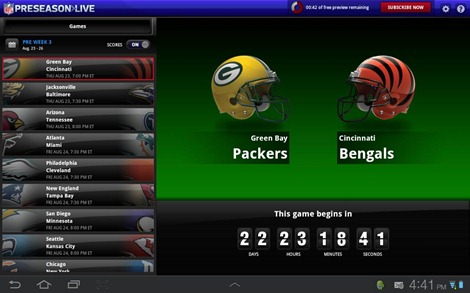 This could all be forgiven if the games streamed well, but it's looking like that's a hit or miss kind of thing (mostly miss). Users report choppy video, broken streams, and just general crashing. There are almost no positive reviews at this time, leaving its score way down at 1.3 stars. I don't understand how the NFL can put together such a poor app. It can't possibly be a question of money, which the league has plenty of. Maybe they just thought Android users wouldn't notice the app was held together with duct tape and spit?

If you're into the sports thing, you can pick up the app to go with your online subscription. Who knows? It might even be fixed in an update.

Documents Reveal That Apple Asked Samsung For Up To $30 Per Phone And $40 Per Tablet For Patent ...