While OUYA may have just finished up its amazing $8.6m run on Kickstarter, the company shows no signs of slowing. The website for the upcoming Android-powered game console is now live, which also includes pre-order availability.

As promised, the unit will cost $99 plus shipping ($10 in the U.S., $20 internationally), which includes one controller; additional controllers can be purchased for $30 a pop. You may want to hurry and get that order in, however - the expected deliver has already been pushed back one month, from March to April of 2013. 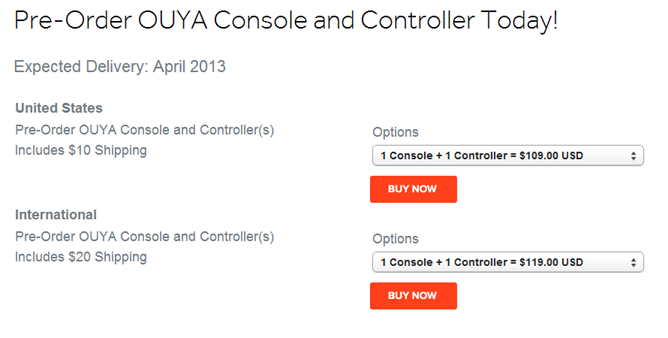 With its ever-expanding partnerships and developer support, the bar is continually getting raised for OUYA - we just hope support and progress don't start to dwindle now that its Kickstarter flame has burned out.

Mobiata's FlightTrack App Goes Free, And It's Prettier Than A Pan Am Stewardess