Space-inspired physics games have been given a boost thanks to Angry Birds Space. If you're looking for something with a little more drama and a little less pig, then New Orbit might be right down your gravity well. The 99¢ game from rookie developer Blackish combines Asteroids-style navigation, gravity-driven physics and an ambitious if not overly promising story. On that note, the full title is "NEW ORBIT: Episode 1," so there's probably more on the table. Luckily there are no menacing phantoms in sight.

The story is that a handful of spacefaring factions are fighting over resources after the demise of Earth, Douglass Adams-style. Your ship has no weapons and limited propulsion, so you'll need to make use of planetary bodies to escape the baddies on your tail, and carefully land on asteroids for more supplies. The story is fleshed out in JRPG-type cut scenes, which are fully voiced - an impressive feature for a one dollar game, undoubtedly adding to its nearly 50MB size.

The gameplay itself is deceptively simple: touch an area of the screen to realign your ship and fire thrusters. Release, and you'll continue to float, orbit or crash, depending upon what gravitational forces are around you. There are 10 missions to master, which is admittedly short, but the game is cheap and intended to be played as the start of a series. 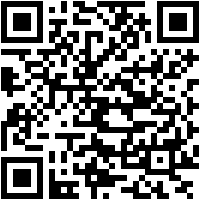