I know I'm starting off with a question here that most Android fans are going to have a knee-jerk reaction to - "absolutely not, the more Android-powered smart-stuff out there the better." After all, we want to live in a world where our refrigerators know what's inside them, where our laundry lets us know on our phones when it's done, and our cars' infotainment systems aren't so god-effing-awful (even the best ones really are terrible).

Eric Schmidt said he wants your fridge to run Android at CES back in January. Nikon is making an Android-powered camera (and Polaroid already has made one). The next step would be your all-in-one TV (eg, LG's Google TVs), your game console (Ouya), your alarm clock (Archos 35), your watch (Motoactv), your car stereo (Parrot Asteroid), and even your headphones (NOX Admiral Touch). Hell, there's an Android-powered treadmill out there. 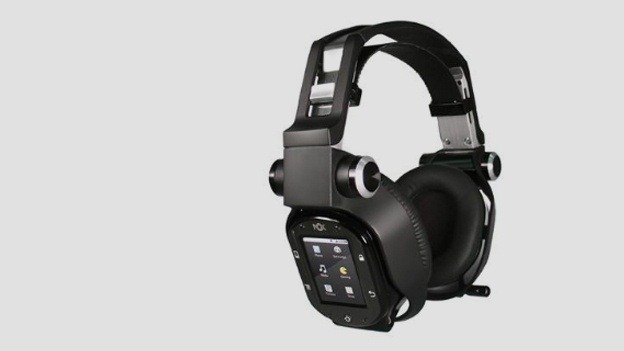 It was actually the Nikon camera that got me thinking about this, and the more I thought about it, the more I realized that a lot of these gizmos that have actually been released seemed to have run into mediocre (or flat-out negative) reviews after receiving lots of pre-launch hype. Even the positive review coverage almost always seems to contain the caveat "well, if they could fix this part/bug/feature, it'd be a lot better."

But I think that the real reason behind the critical "meh"-ness these products have come upon is because they've looked to a false "world of tomorrow," where everything is a computer with a touchscreen. A very similar thing happened back in 2004, except with Windows XP (no, seriously, it did - check out this page, and this one). That dream, to an extent, took off for Microsoft. Many point of sale systems and kiosks around the world still use Windows CE, and PDAs had their brief moment in the sun. The thing is, these were pretty strictly business and enterprise products.

But the digital pictures frames, the glasses, the conference phones, TVs, and set top boxes? I think we all know how far those ended up going.

I firmly believe that these Android-powered gadgets are doomed to the same fate, even if the buzzword effect that Android brings to a product keeps them around for a few years (which it probably will). Microsoft, unfortunately (or fortunately), had no such sexiness associated with its brand when Windows XP launched. To understand why these products are destined to die off, though, we must understand why companies make them in the first place. Hint: it's almost always for all the wrong reasons.

Making an Android-powered product is exciting. Starting with the high-level executive who brings up the idea to the boss in a meeting because he heard about an Android-powered <INSERT PRODUCT HERE>, and because someone told him "Android is free software." And free is always a good thing.

Then, when Mr. Chairman Of The Board approves this project for exploration, that excited executive goes to his product development guys and says, "Can we do this?" The software people must absolutely cheer at the prospect of Android-ifying a product. Instead of using the company's crappy, ancient, proprietary (or licensed) software, they get to do something new and fun and sexy. The designers and engineers get equally excited at solving this new problem. And so, the product guys say everyone's "really excited" about the idea, and that they'll get started ASAP. People are working after hours, happily humming away to make this Android-powered thing a reality.

Alternatively, if the company doesn't really have software people for that product division, they hire some, and those people are super enthusiastic about working on making a "smart" version of an analog product that will change the face of the industry.

The marketing team, at this point, is absolutely chomping at the bit to get this thing out in the open for the public to see. This is a chance to reinvent the company's image - to show that Company X, Inc. is with the times, doing new and exciting things with its products. It makes their job interesting again.

And who can blame any of these people? It is exciting to do something new, something different. The problem is that no one ever actually stopped and asked if this solved a problem with the company's products, or if it was the best way to make the leap into the "smart product" world. Most often, these sorts of ideas stem from a desire to "reshape" the company's image, or to get in early on "the cutting-edge" of the market. 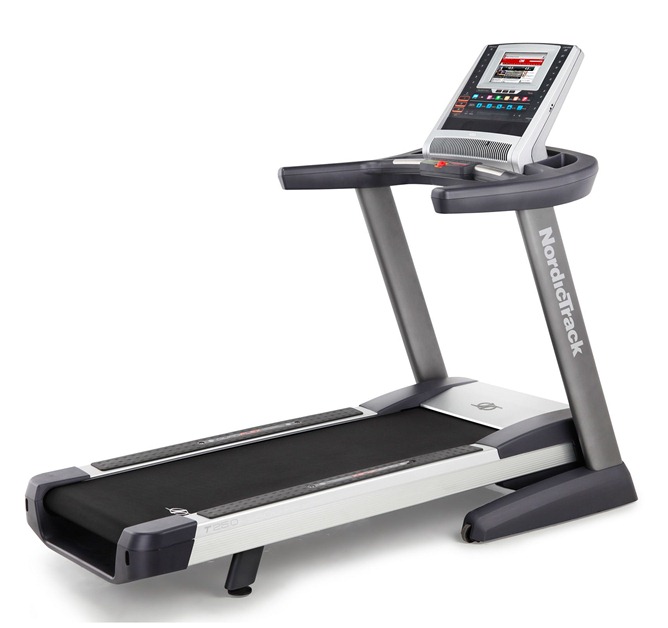 Hey, look - a great way to waste a lot of money and quickly regret it!

The end result is either a product that never makes it past the trade show prototype stage, or an unabashed commercial failure. There's a reason that Android treadmill is 50% off on Amazon, guys.

Android is an unguarded, futuristic oasis in a harsh, scary, highly competitive low-tech wasteland. It makes big promises, the biggest one being "free software." But Android really isn't free, except in the licensing sense, especially if you're putting it on something it wasn't originally designed for.

Making an Android-powered camera, for example, isn't a simple matter of building from AOSP. It takes time - and time is money. The company has to develop (presumably) a much better camera app, make sure the thing actually works, optimize battery life, figure out how to connect up non-standard hardware settings like aperture size or optical zoom, and various other highly specialized considerations. They also have to pick a processor and chipset, and manage to fit that in the camera body along with all the camera bits. It's like making a new camera from the ground up, and a lot of that is because it's running software that the company is probably very unfamiliar with. 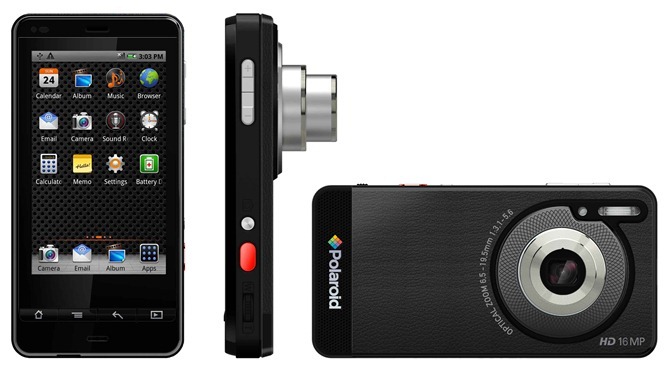 And inevitably, much like the first generation of Android phones and tablets, this thing's not going to be very good (the Polaroid Android camera was just terrible - though that is only one example). And it likely won't ever get any real software updates after the first few months. And it'll probably run Gingerbread or some other outdated version of the OS right out of the gate. No one wants that.

And even if the product is good, it's probably going to be expensive, and most consumers will have no idea why they would want such a thing in the first place. What was so bad about a regular camera, or regular headphones, or a regular refrigerator?

Google, of course, politely encourages this sort of tinkering. The more people hear about Android, the more companies become familiar with it, the more ubiquitous it becomes. Even if Google themselves never plan on providing these companies support, or licensing Google services (like Gmail) to them. It's sort of like the crazy-high piracy rate for Windows in many developing industrial nations - Microsoft's quietly not-too-upset about this, because it just means more people are using Windows, and that's ultimately what Microsoft wants: more users.

So, when Eric Schmidt makes an Android-powered fridge sound like a good thing, he's really just waving that Android oasis in the face of various companies who make products that aren't traditionally considered "high-tech." For most of them, the pursuit of that lush digital paradise will just turn out to be a clever salesman's mirage.

"Smart" Does Not Mean A Touchscreen And Apps

"Apps" has become such a product buzzword in the tech industry that I seldom see a PR email without it anymore. Apps, apps, apps. And it's the companies that want to make Android-powered gadgetry who take the popularity of the "app" in entirely the wrong way. No, I don't want my treadmill, my headphones, my camera, or my refrigerator to run apps. That is one of the most ludicrously stupid, technology-for-the-sake-of-technology trends to happen in the last quarter-century.

What I do want is for these things to have apps. Note the subtle difference. I don't want my refrigerator to have a touchscreen and a dual-core processor so I can look at Facebook, I want to have an app on my phone or tablet that lets me set the temperature and do other nifty things with it (like set up a digital pantry) from across the house, or 20 miles away at the grocery store. Implementing that requires Wi-Fi or ethernet, some relatively basic firmware logic, and an app available for major mobile operating systems. Not only will your smart fridge end up being cheaper (probably by a lot) to design, it'll be cheaper for consumers to buy. And they'll like it more. 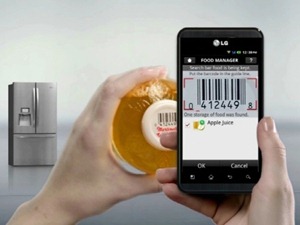 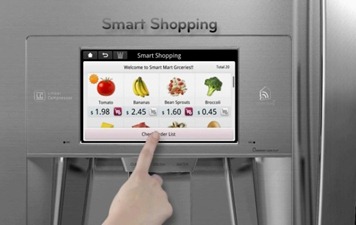 Left: Yes!, Right: NO. (they're actually the same product, but you get the picture)

And keeping it up to date will be easier. You can add more features in the app, update the lightweight firmware over the internet, and do it all without having to maintain an entire operating system. This alone guarantees the useful life of your smart product will be longer. You do not need to reinvent the wheel to get in on the "smart revolution," and it's best not to.

The real takeaway here is that I don't want the "product of the future" to be some expensive, complex, quickly outdated computer-meets-toaster running Gingerbread. I want to be able to use the extremely capable, versatile, and convenient device in my pocket or on my desk as a very cool remote control and interactive tool in tandem with it. That's it. If you must put a screen on it, please, don't force an entire mobile operating system on there, too.

There are already companies out there doing this - the Nest thermostat is a fantastic example. Parrot's Zik headphones, if they work as promised, are a mind-bendingly cool take on smart personal audio. I can't say I really get the usefulness of the "smart watch" concept, but Pebble is a much better idea than Sony's mega-failure SmartWatch or the Motoactv (which really isn't technically a smart watch, I guess).

I guess what I would say in order to appeal to the business logic of the would-be manufacturers of such Android-powered stuff is: do you really want the responsibility of maintaining an operating system on your product post-sale, along with the product itself? Or, better yet, can you really afford to?

[Updated: Here Are The Winners!] Giveaway: Win 1 Of 10 Licenses To Essentials Of Android ...