Android's selection of good incoming Caller ID apps is a bit meager. While a search of the Play Store yields many options, most of them are deficient in one important way or another (or, not free), or flat-out sketchy. One of the more popular ones was actually WhitePages Caller ID - which Current Caller ID replaces, as it's made by the same company.

What makes WhitePage's app special (and better than others), in part, is that it utilizes the company's rather extensive curated directory of phone numbers - over 300 million currently.

Current Caller ID also brings in a social element, pulling data from your Facebook, Twitter, and LinkedIn accounts to provide even more information about the people calling you. Current can show recent Facebook and Twitter status updates, the weather at the caller's location (I have no idea how this would be useful, ever, but it does it), and local news (again, not sure why, but why not?).

These extra social features are really only applicable for people you've connected with on those particular networks, though - Current won't, it seems, find a particular business's social pages and queue them up as it would one of your friends. Our previous caller ID favorite, CallApp, is a little more flexible in this regard. It also could show things like hours of operation, directions, and a lot more. Current is decidedly narrower in its approach.

It does seem that Current Caller ID is rather good at doing what a caller ID app should, though - telling you who's calling. In one of our tests comparing CallApp and Current Caller ID, we received a call from a telemarketer using a well-known VoIP routing number as a masking technique. 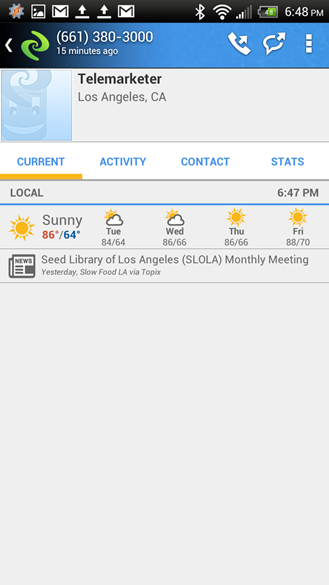 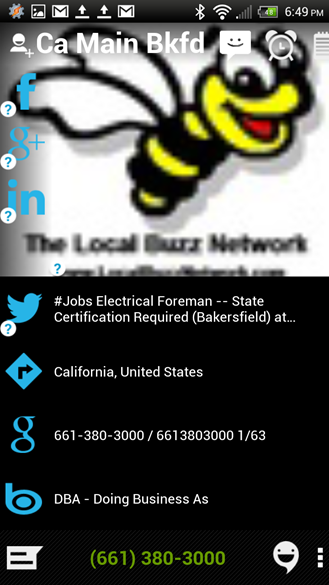 Current knew what was up, and labeled the caller as "Telemarketer." CallApp didn't. And when we're talking about caller ID, that's pretty much the #1 thing you're looking for: accurate identification of calls you don't want to take.

Another way Current shines is that it doesn't actually replace your stock dialer app's UI for incoming calls - it merely sits on top of it. You get a little floating window you can move up and down, and expand and collapse. While I can't say I'm in love with HTC's dialer on my One X, it's nice that the app doesn't need to take over the experience in order to work properly. 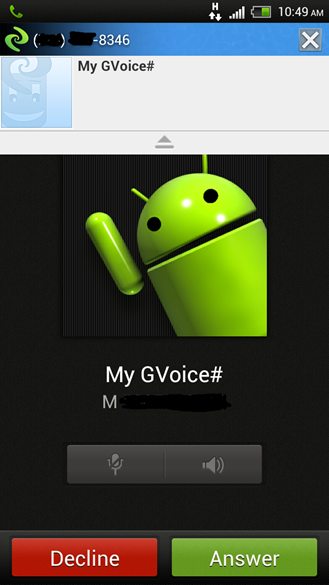 You also get all sorts of call and texting stats with Current, showing you who you call and how often, etc. It's mostly a data visualization gimmick, but it's certainly cool to look at. 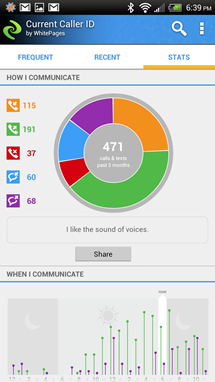 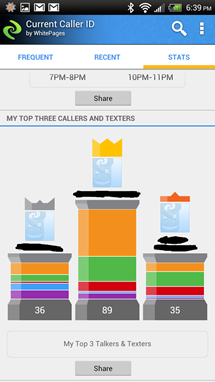 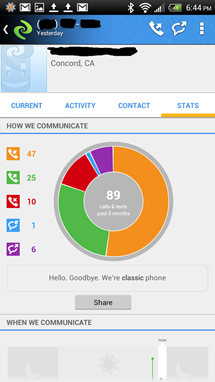 There are some substantive issues I have with Current, though - mainly in terms of what it doesn't do. When a business calls you that's in White Pages' directory, for example, all you see is the business's name, number, and general location. With an absolute wealth of public information available on local businesses through Facebook, Twitter, Yelp, Google Maps, and other services, this feature feels a bit naked at the moment. Sure, the most important bit is there - the name - but our modern smartphones are capable of so much more than that.

Here's a use case - I call a restaurant and make a reservation after looking it up on Yelp. A week later, I'm discussing the restaurant with a friend, who then asks, "Oh, what's it called?", being forgetful as I am, I say "I don't remember, let me look it up." Opening up Current's call log, I can see the call when I made the reservation, and the name and address of the business. But if I want more information, I then have to open up a second app like Yelp and search for the business manually. With a piece of technology so amazing as a smartphone, it's my feeling that this is one step too many.

And while Current does apparently have the address of businesses in its directory, it doesn't show this information on the incoming call window. This would be another great feature - perhaps with a small map showing its exact location. And let's face it, screen real estate isn't exactly a concern during an incoming call, so I'd be fine with Current taking up an even larger chunk of display to provide more information. How about showing the last time I called the person currently calling me, or if I have a missed or recent call from them? That'd be useful. Oh, and Current doesn't pop up when you make an outgoing call. I admit the usefulness of such a feature is more limited, but I imagine it could be done easily enough.

Of course, features take time to implement, and when we're talking about a free app that does exactly what it says on the box (and pretty well), I don't want to get too far off on this tangent.

Basically, if you're looking for an accurate, well-designed caller ID app on the cheap (read: free), it'd be hard to do better than Current. It's not perfect (we still prefer CallApp, personally), but I'm struggling to think of a better basic caller ID solution out there right now. It's available on the Play Store, so go ahead and give it a try (it's technically an update to the old WhitePages app you may be seeing in the widget below, but in reality, this is a whole new app).