If you're going to be messing around with custom ROMs at all, it's a good idea to have a nandroid backup at the ready. A recent backup can save you a lot of time and heartache if things end up going sideways. However, backing up your system used to mean rebooting into recovery and waiting for 5-10 minutes while everything progressed. That's not the end of the world, but every barrier to backing up makes people less likely to do it. With Online Nandroid Backup (or Onandroid for short), you can get a full backup done within Android itself. 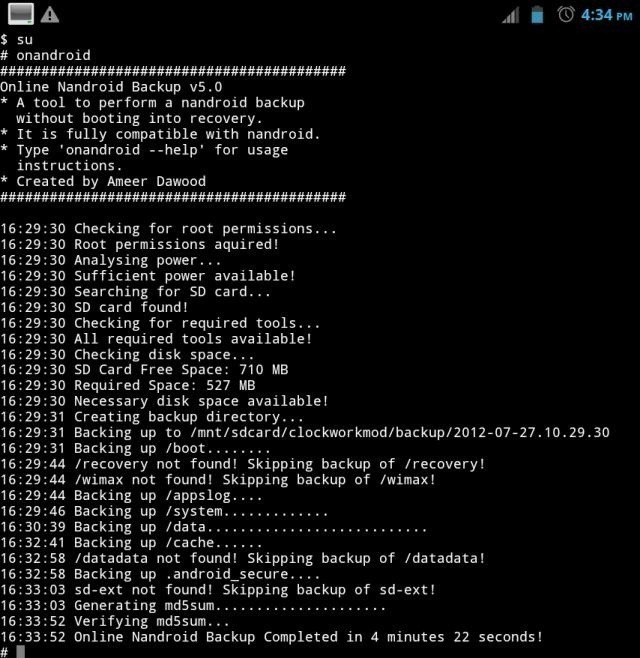 Onandroid was originally developed by senior XDA-Developers member Ameer Dawood for Sony Ericsson Xperia devices specifically. The last update to version 5 of the software added the support we've all been waiting for; Onadroid should now work for most Android devices. The term 'online' in the name might be a little misleading. All that refers to is that the system is still online when being backed up (not in recovery mode). Even though the device is still operating, Onandroid is capable of backing up all the important filesytem partitions like /boot, /recovery, and /data among others.

There are two ways to install Online Nandroid Backup. If you're already running a custom recovery, you can flash the .zip like any other. If you're just rooted with stock recovery and Busybox, you can extract the .zip and push the files to the /system directory with Android Terminal Emulator on the device. If you go this route, you can actually back up the stock recovery before you start changing things.

By default, running a backup with Online Nandroid Backup requires the use of Android Terminal Emulator, but the commands are simple. There are also a few graphical user interfaces for the app that you can use instead.