Last month, owners of Toshiba's 10-inch Thrive tablet were dealt a blow when the manufacturer announced that the tablet's official update to Ice Cream Sandwich would be delayed to "early Fall." This news came several months after Toshiba had initially indicated an "end of Spring" release target for the update.

After all of that, it appears that the Thrive is finally receiving its update to Android 4.0.4 Ice Cream Sandwich today – for real this time. The update, which users report taking around 30 minutes to download, is rolling out automatically now. 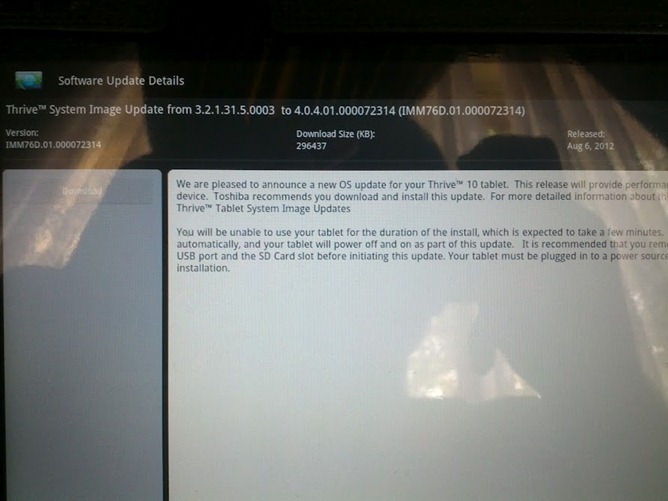 In a post to Toshiba's Thrive forums earlier, a rep announced the update, indicating that it includes improved video and audio performance, improved camera functions, and improved signal strength/connectivity. Of course we all know that the real story here is Ice Cream Sandwich.

The update should be rolling out automatically, but if you're impatient, just open your Thrive's "Service Station" app, check for updates, and follow the instructions. To follow discussion of the update, just click through below to the Thrive forums.