Sprint may not have officially announced its plans to fire up the speedy LTE network outside of the initial launch markets and a few additional ones, but it looks like a working 4G-LTE connection can be already picked up in the Bay Area Peninsula way ahead of the rumored schedule.

Our tipster Seth reported getting 4G connectivity on his Galaxy Nexus around Palo Alto and Mountain View, getting Speedtest.net speeds of 13+Mbps down and 8+Mbps up. After looking into the situation, I found a number of users of the S4GRU forum confirming connectivity in the same area, along with Sunnyvale and Cupertino, the home of Apple. I checked for LTE in San Francisco, and so far found nada, so it looks like Sprint is starting with the Silicon Valley.

It is unclear whether the test sites will remain up or get disconnected at some point before the official release, but if you're in possession of an LTE device in the South Bay, fire it up and see if it can sniff something out. 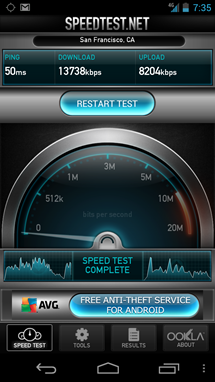 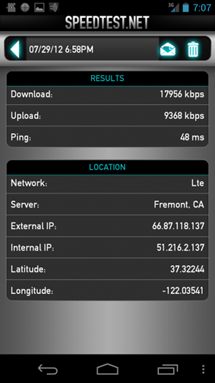 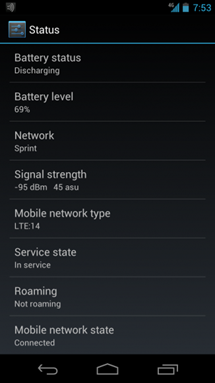 In the meantime, excuse me while I go back to the unlocked world-compatible Sierra Wireless hotspot with solid AT&T LTE coverage and fallback to HSPA+ (sorry, Sprint, you're so far behind, my EVO LTE weeps while it snacks on AT&T's megabytes).