It's no secret that Google Wallet got off to an extremely rough start. The service was announced nearly a year ago to a mild amount of fanfare, then almost immediately started hitting barrier after barrier, fighting for carrier and card support. Just a few days ago, they revealed that the big four (Visa, Mastercard, American Express, and Discover) were finally on board, thus bringing the service many steps closer to actually... you know, being usable. There are two major obstacles that remain, though one is simply a matter of the prevalence of technology in devices - something that is quickly being remedied. The other, though, is that carriers are unwilling to play ball. Take a look at the supported devices: 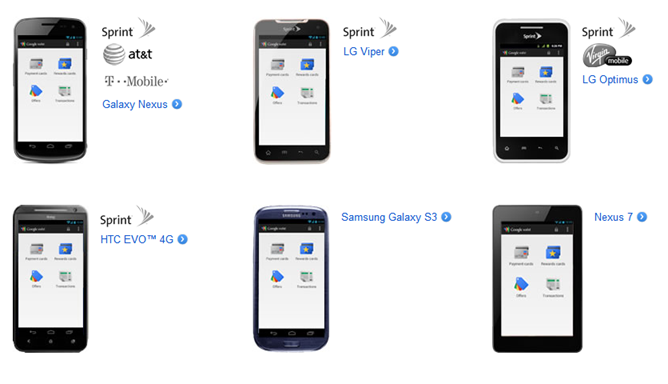 As you can see, Verizon is by far the biggest culprit, nixing the service from its devices then pretending it didn't know what happened. AT&T hasn't exactly been enthusiastic in its support, either - and given that the two carriers constitute the bulk of wireless subscribers, that's quite a hindrance.

But still, Google is clearly working to expand support. While it's dubious that they have the kahunas to really muscle it through the carriers anytime soon (the track record there isn't great), it's likely that it will happen at some point. The question is... when that happens, will you make use of it?